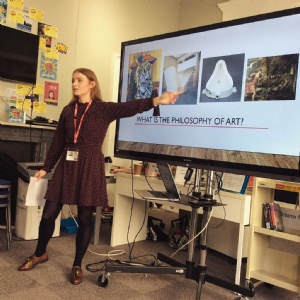 So said Bertrand Russell, and this World Philosophy Day, Stephen Perse students were challenged to consider questions in the philosophy of art and of religion. Daisy Dixon, a fellow at Peterhouse College, presented a fascinating talk on ‘The Meaning of Art’, and encouraged students to think critically about whether we should allow the artist’s personal beliefs and ideologies to influence the meaning we ascribe to a particular artwork. The talk then prompted many fantastic questions from the students, questioning and critiquing some of the ideas presented. 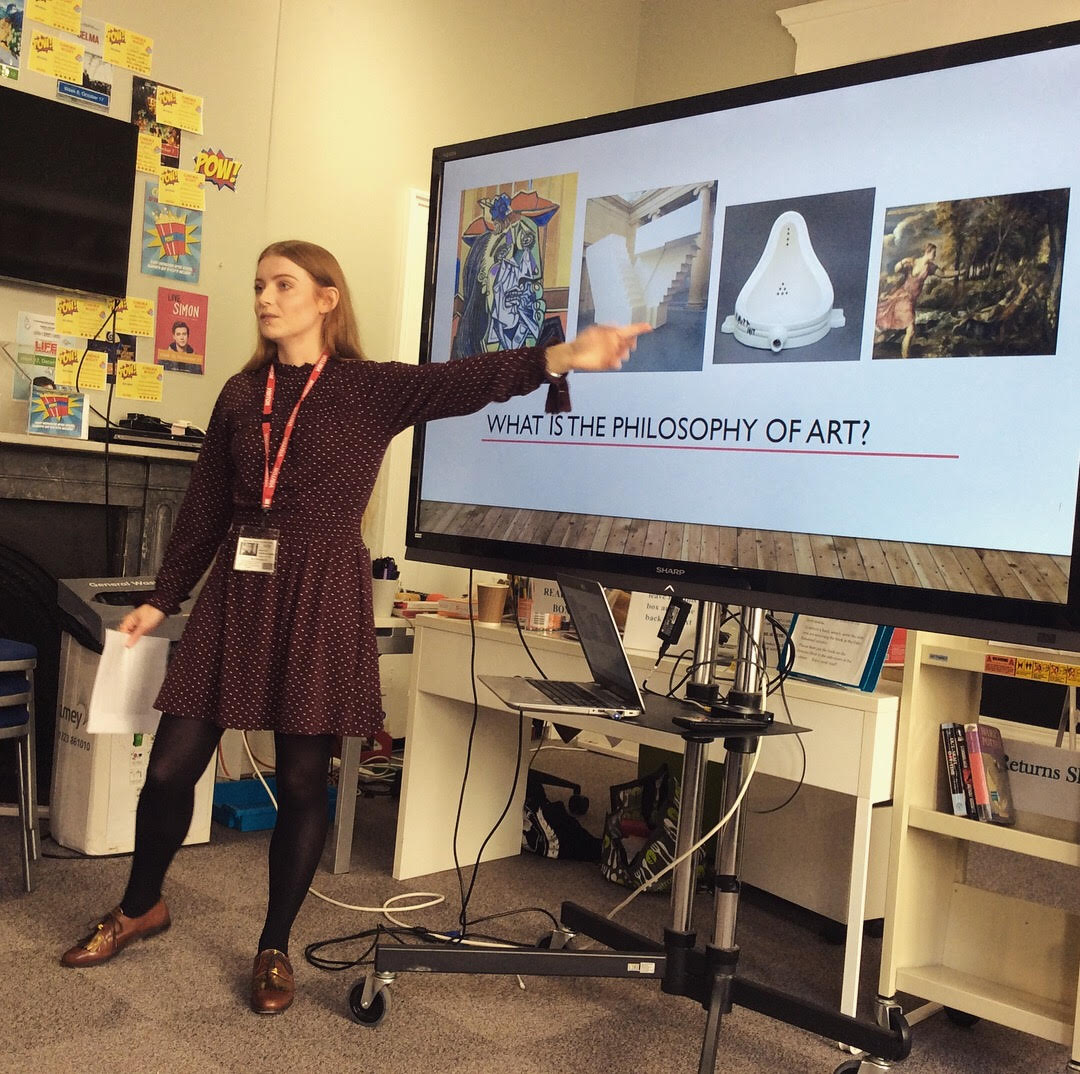 We were also lucky enough to have former 6th Form student, Dom McGann come in. He is currently undertaking a masters degree at the University of Cambridge in philosophy. He ran a session with Year 10 introducing them to philosophy.

“Dom talked to us about what philosophy is, defining it as one of many tools that humans can use to figure out what is true about the world around them. He explained that whilst we can use science to run tests to understand how things work, philosophy can be used to explore the boundaries of the universe “with only a pen, paper, and your mind.” During the session we looked at a number of different thought experiments, including the trolley problem. This problem asks you to imagine a situation in which you see a runaway trolley moving towards five people lying on the tracks. You are standing next to a lever that controls a switch and you have to decide whether you should (a) do nothing and allow the trolley to kill the five people on the main track, or (b) pull the lever, diverting the trolley onto the side track where it will kill only one person. We decided that the more ethical option would be to pull the lever and redirect the trolley. This was because although some may argue that you should choose option a and do nothing, this is still a choice because ultimately you are aware of the situation and have been given two options which you must take responsibility for." 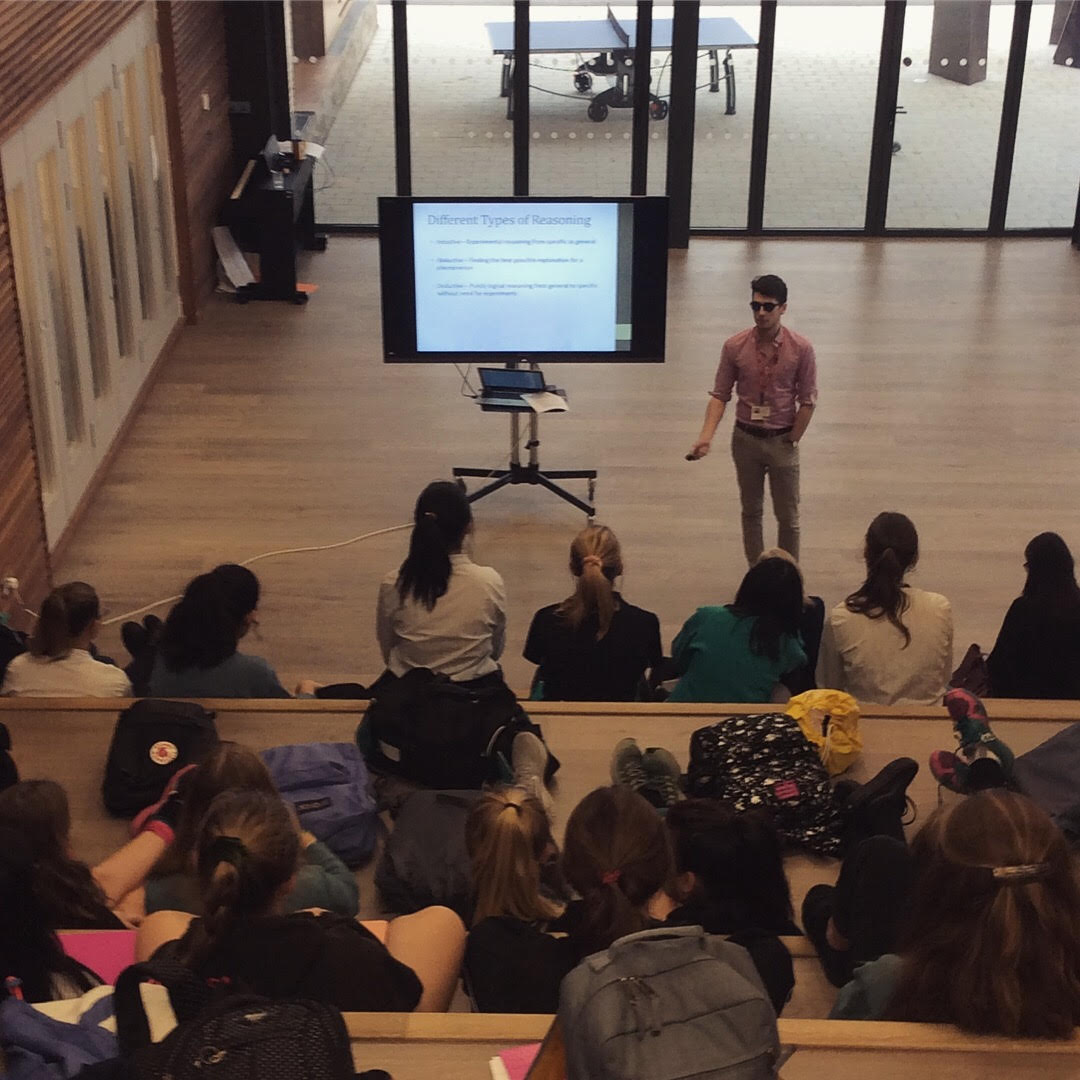 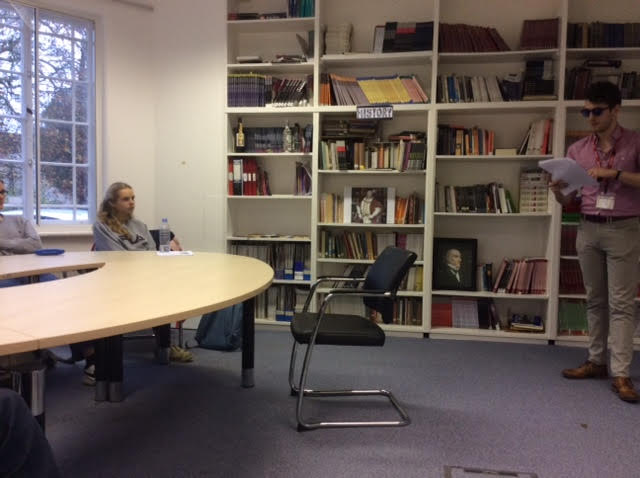 Overall, World Philosophy Day was full of engaging and inspiring talks. Ideas were presented and challenged, and everyone came away with thoughts and opinions to keep them thinking well into the weekend.