We were delighted to once again welcome a live audience to our third Drama and Theatre Performance of the year, this time for a double bill of plays by Steven Berkoff, performed by students in Years 12-13.

The audience were seated at tables, cabaret style, and there was a really lovely convivial atmosphere. It was particularly nice to see so many senior and sixth form students in the audience, many of them boarders.

The first play of the evening was ‘Dahling, You Were Marvellous’ which is set in a restaurant in the West 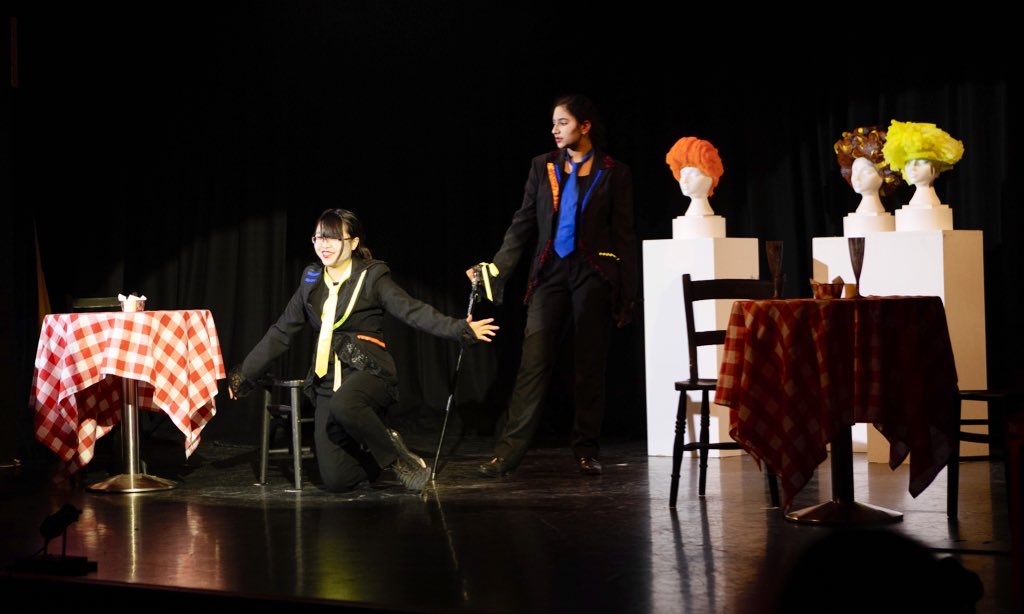 End where a collection of theatrical ‘luvvies’ celebrate the opening night of a new play. Zoe, Tara and Yvonne acted in multiple roles to play an array of characters parodied from the world of theatre - the jaded critics; the ever-optimistic but always-out-of-work actors Linda and Steve; Brick, the American film star taking on a Shakespearean role, and the pompous public school-educated theatre expert, Sir Michael. Director Deborah Foote added her own layer to the play by poking additional fun at some recognisable political figures - voiceovers of speeches played whilst the actors, wearing ridiculous wigs, mimicked the politicians. The overall effect was colourful, comedic and quirky.

In stark contrast, the atmosphere created in the second play ‘The Trial’, directed by Kim Albone, was 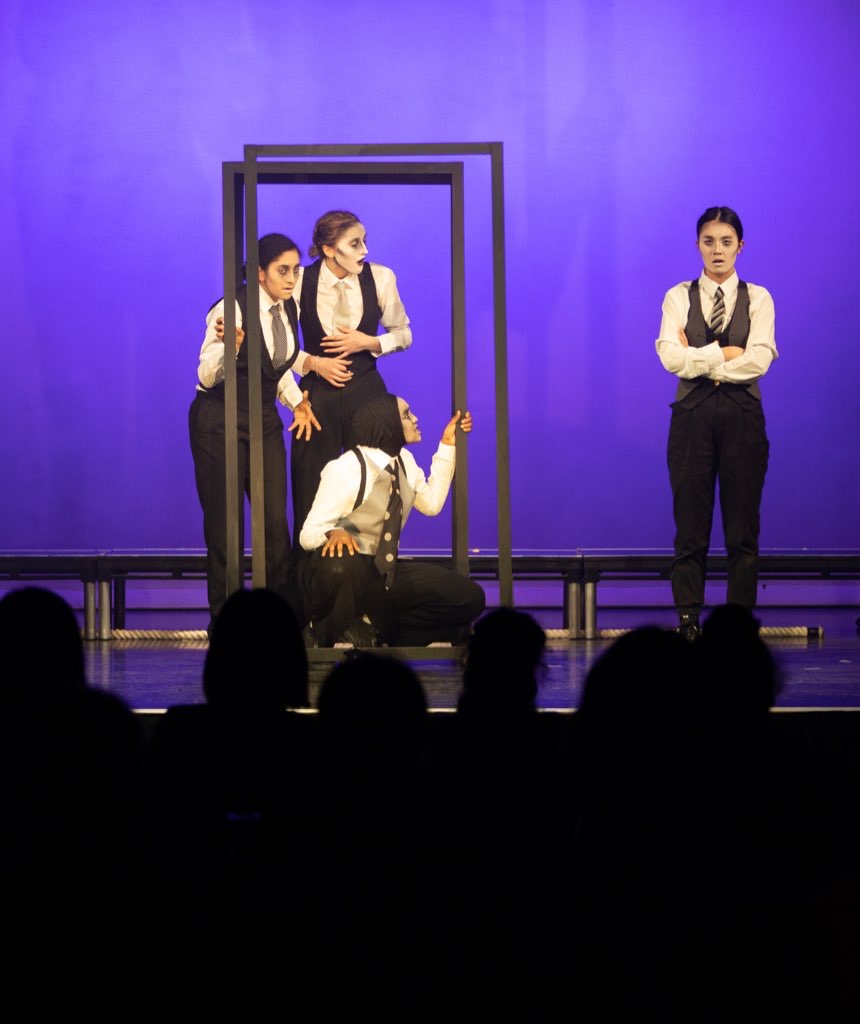 dark and moody. There were no props and the set was stripped back to three simple door frames on wheels that the cast manipulated and moved around the stage to ‘frame’ different images and to create interesting shapes and shadows. This was another multi-role piece, requiring actors Nina, Tara, Charlotte and Zabeetah to play a host of larger-than-life characters, whilst they also used physical theatre, ensemble techniques and mime to depict locations, actions and even objects.

We are so proud of all of the students involved in this performance. For some of them, this was their first production at Stephen Perse but for our Year 13 students, both cast and crew, this was their final show: they have all been on a fabulous theatrical journey with us over the years and shown excellent commitment to the Drama and Theatre department. We would like to wish them all the very best for the future and we hope they will continue to pursue their love of theatre. We will miss them!