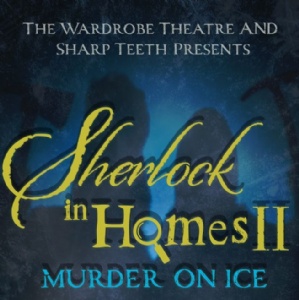 As theatres begin to reopen across the country, we are looking forward to arranging live theatre visits for our drama students and scholars. In the meantime, our Year 9, 10 and 12 classes took part in a hugely enjoyable virtual live theatre experience.

Our students watched Murder on Ice, the second show in the highly successful series Sherlock in Homes, courtesy of two Bristol-based theatre companies Sharp Teeth and The Wardrobe Theatre.

Audience members were all greeted as detectives summoned in the aftermath of the sudden, suspicious death of polar explorer Albert Ross at an Antarctic research camp. After receiving the facts of the case they collaborated in two groups (under the names of SPF Holmes and Percy Holmes) to interview the highly suspicious murder suspects to see if they could solve the mystery.

The professional cast of actors were extremely adept at improvising around a hilarious script which was full of twists and turns, not to mention some very silly puns. Our student detectives thoroughly enjoyed participating and threw themselves wholeheartedly into the game.

You can watch the trailer for the show here.