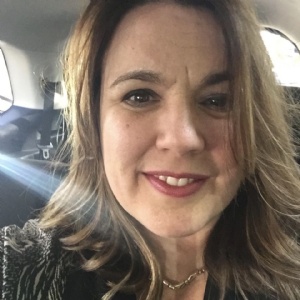 Stephen Perse has announced Hayley Richardson as the Foundation’s Chief Financial Officer. Hayley will join us in January 2021 from her current role of Capital Projects Director and Project Finance Director at St Paul’s School in London.

Hayley succeeds Jenny Neild, whose outstanding service over 12 years has been one of the mainstays of the Foundation's development and success, and whose skills and experience will be of inestimable value in her future roles.

Hayley, born and educated in South Africa, joined St Paul’s in 2011 as Finance Director until 2017. During her time at St Paul’s she led and managed the Finance Office, and successfully raised the finance and managed the building projects for c.£100m of capital projects, including: a new Science Building, a Drama Centre and the phased replacement of their £70m General Teaching Building, as well as numerous smaller scale capital projects.

Richard Girvan, Principal of the Stephen Perse Foundation said: “Hayley has a proven track record of successful leadership and management of Finance and Operations functions in outstanding independent schools. Moreover, she also exemplifies and holds to the values of the Stephen Perse Foundation: excellence and creativity in teaching and learning; encouraging and modelling integrity as well as personal and social responsibility; transforming learning by creating a dynamic environment and connecting to a world of opportunity, through a global outlook. I look forward to Hayley joining the Foundation's leadership team for the next period in our development.”