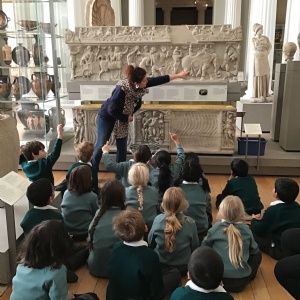 At the Fitzwilliam Museum we were captivated by the myth of Pelops and Hippodamia, retold against the backdrop of their statues from the temple of Zeus at Olympia.

Exploring the Fitzwilliam Museum, we looked closely at the objects left behind to discover more about everyday life and the influence of the gods and heroes. We were astonished to learn that the many of the artefacts were thousands of years old! A highlight for many, was getting to handle a range of replica items in small groups. We displayed huge amounts of curiosity and creativity as we tried to work out what each item could possibly have been and whether or not we could think of a modern day equivalent. 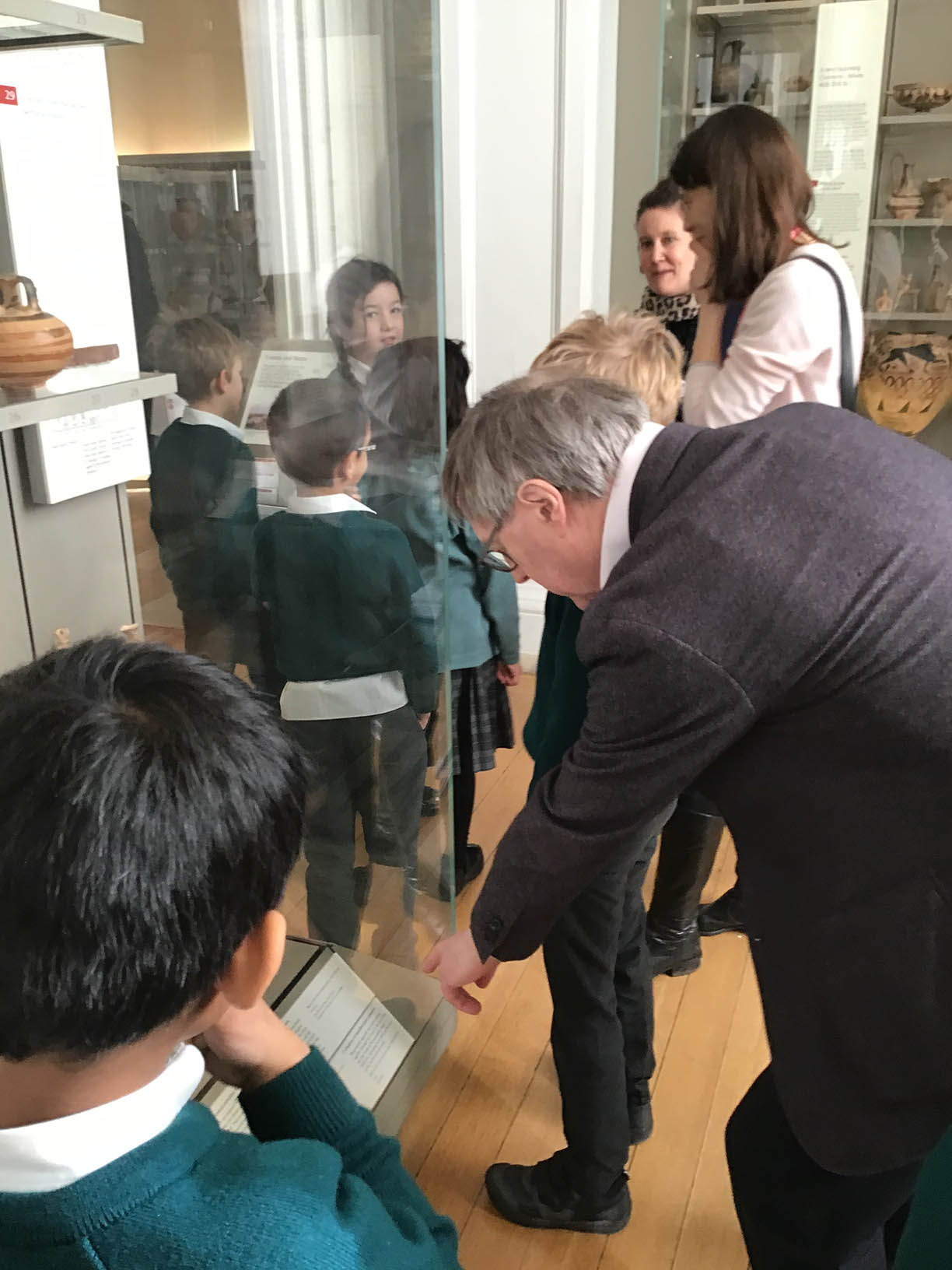 In their own words:

I learnt that rich people many have worn a ring, which they could stamp letter with, instead of signing their own name. ~ Rufus

I was astounded by the detail of the satyr on the marble carving. It was really tricky to count the number of legs.~ Isobel

I thought the Greek jewellery was really interesting. The stones were polished up to be so colourful. ~ Misha 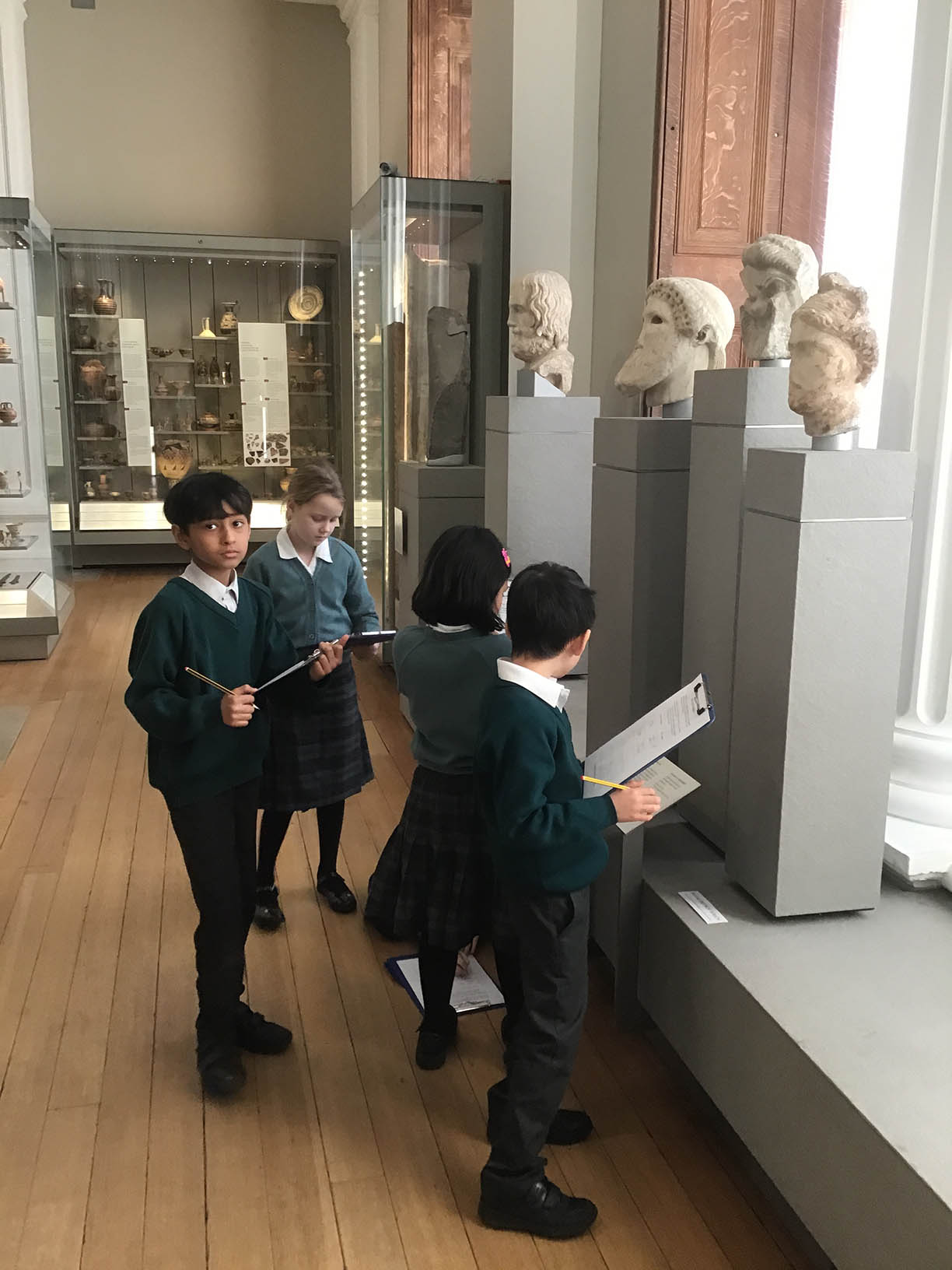 I thought the sponge on the stick, (Greek toilet paper) was kind of gross. ~ Long 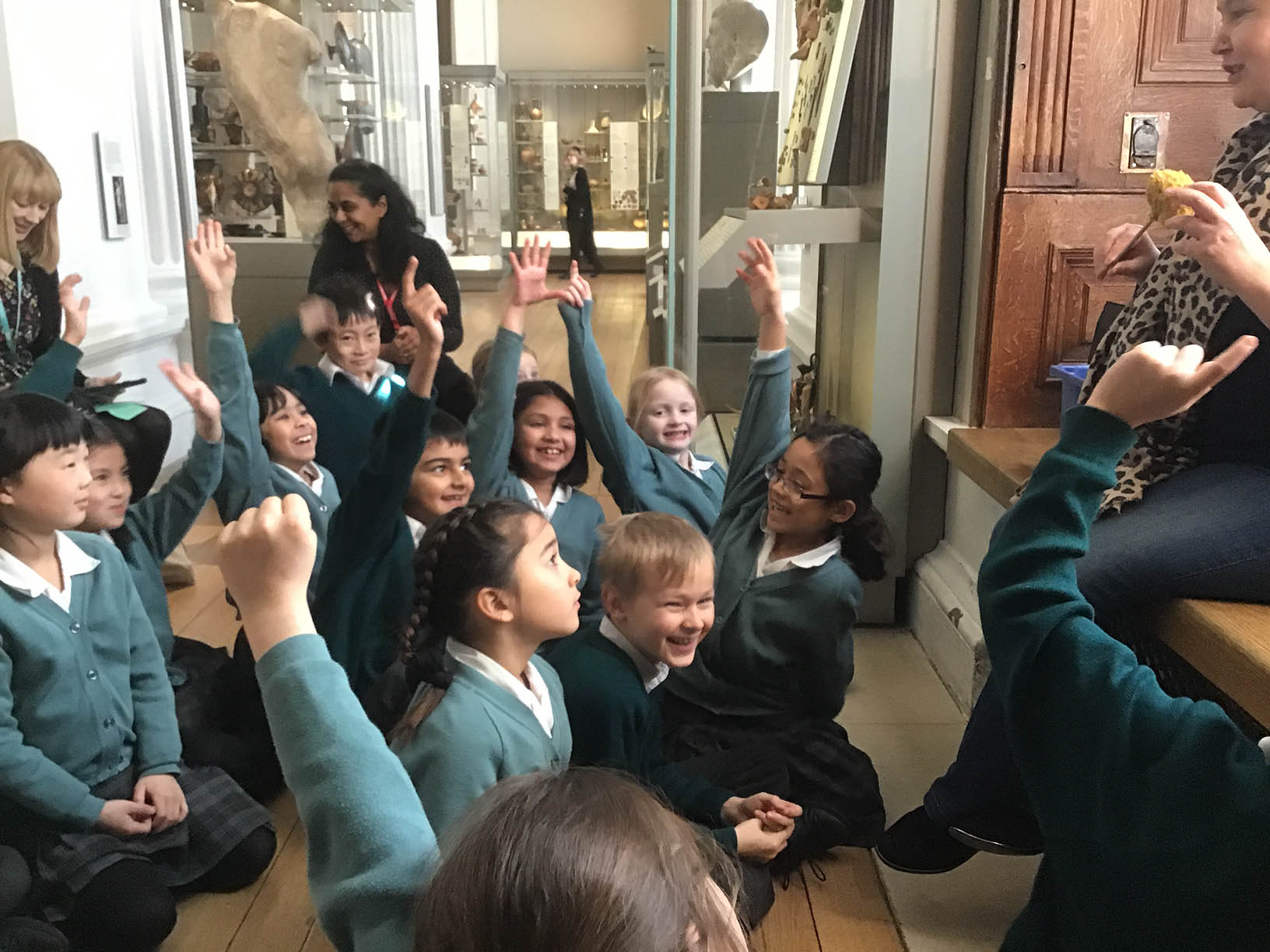 One of the helmets I looked really old and interesting. ~ Eloise 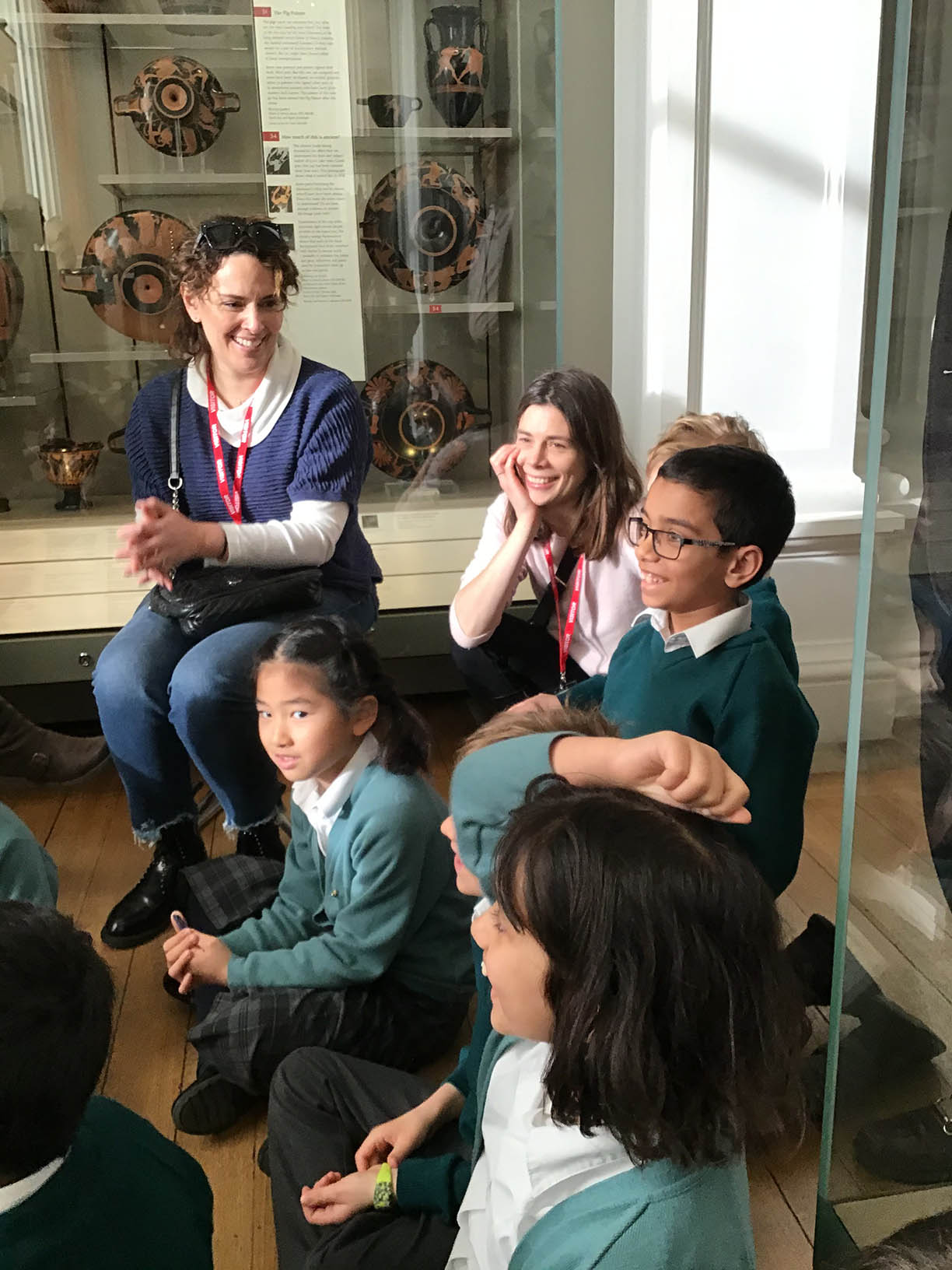 I thought the Greek coins looked weird because our coins have a picture of the Queen but in those days they used Gods heads or things from myths. ~ Rosie