Staff shared some war poems which encouraged the pupils to think about conflicts. This was followed by the lines from 'For the Fallen', a poem by Laurence Binyon, the Last Post and a 2 minutes silence.

Then the pupils created some natural art.  They used rosemary in their installations to show what remembrance means to them. Finally they imagined that they were a squad of soldiers moving with stealth and determination to recover a lost and wounded soldier (a member of their group who was hiding). The staff were impressed with their mature attitude, attention to detail and enthusiasm on a drizzly morning. Beatrice commented at the end that "it was a great way of commemorating our remembrance day.". 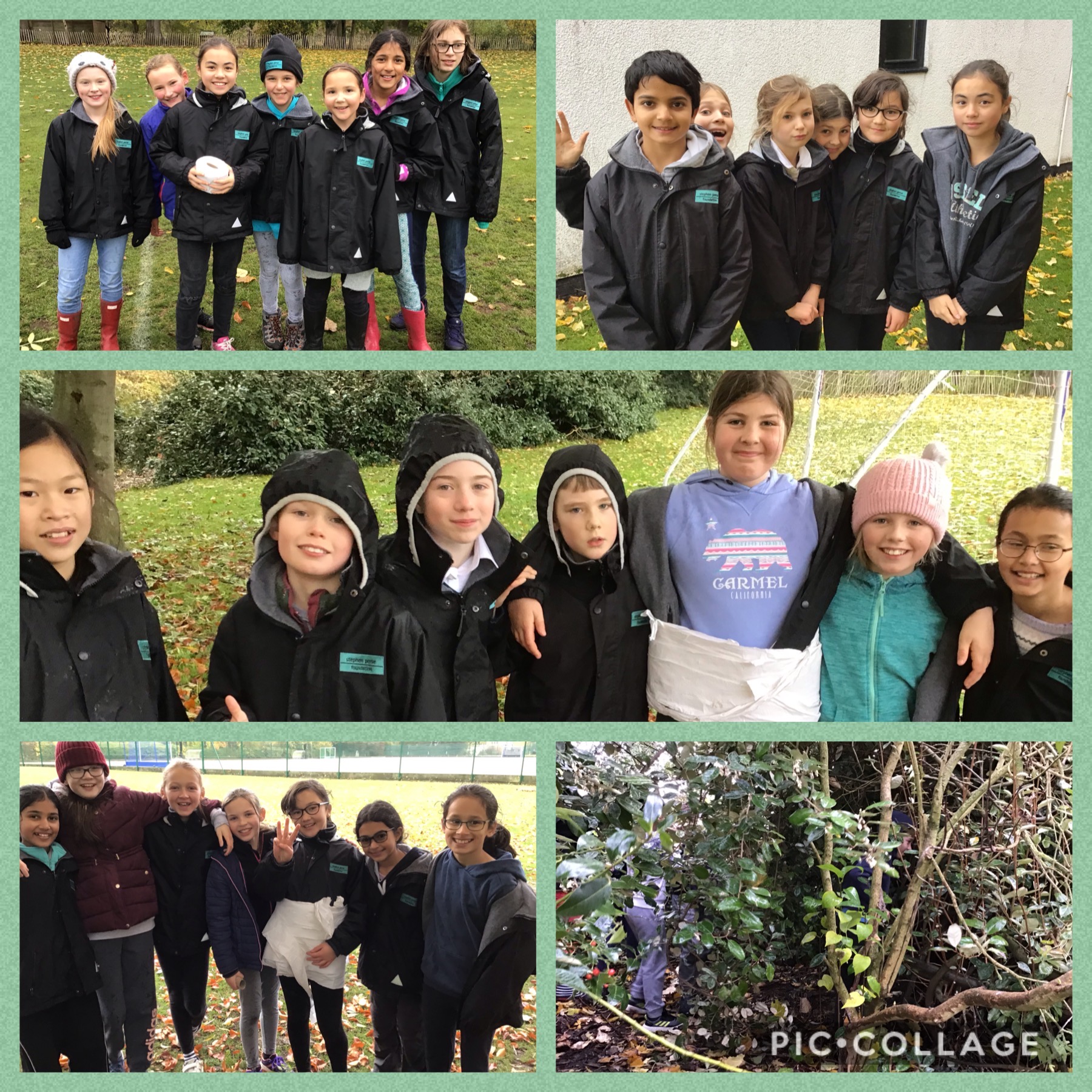