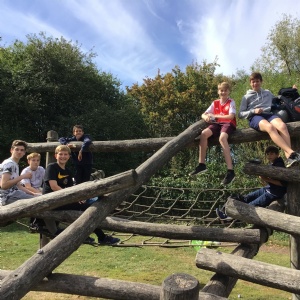 The Year 9 trip to Milton Country Park at the start of term was a fantastic day - full of team-building exercises that everyone enjoyed. After a short trip on the coach, we arrived at the scenic park, and we chose our mixed groups, which was something new. The year was split in half so that we would rotate activities. Group 1 began with a bartering competition, to improve our negotiation and orienteering skills. We had to find each leader and collect one of the things that only they had. In order to do this, we had to provide them with something they wanted in return, such as an oak leaf, for example. We did this in the woods of the park, overlooking the stunning lake. We were given a map with which to find each person and had two hours to explore the striking landscape and the great outdoors. This game really made us use our teamwork skills and it gave a great sense of independence in the forest.

After a lunch break, we got back into our teams and did some interesting team-building exercises. This constituted of a three-person team in which one person was blindfolded, and had to pick up the correct colour balls and put them into the matching hoop, while one person spoke to them, but couldn’t look, and one person gave hand signals to the speaker, but couldn’t talk. Another example of an activity we did was a challenge in which two people were tied to each other with rope and had to find a way to get out.

After these games, we played ‘Dragon’s Apprentice’; this game tasked us to create an idea and prototype for an educational toy suitable for primary schoolers. In order to create this prototype, we had to buy the materials needed from the shop with the tokens that we’d collected from the previous activities. The shop only stocked quite limited materials, such as duct tape, string and pipe cleaners. Despite this, each team came up with a valid idea and it was troublesome when it came to selecting a winner. Overall, the trio was a success and by the end, new friends had been made and it brought the year group together.

Report by Isobel D in Year 9. 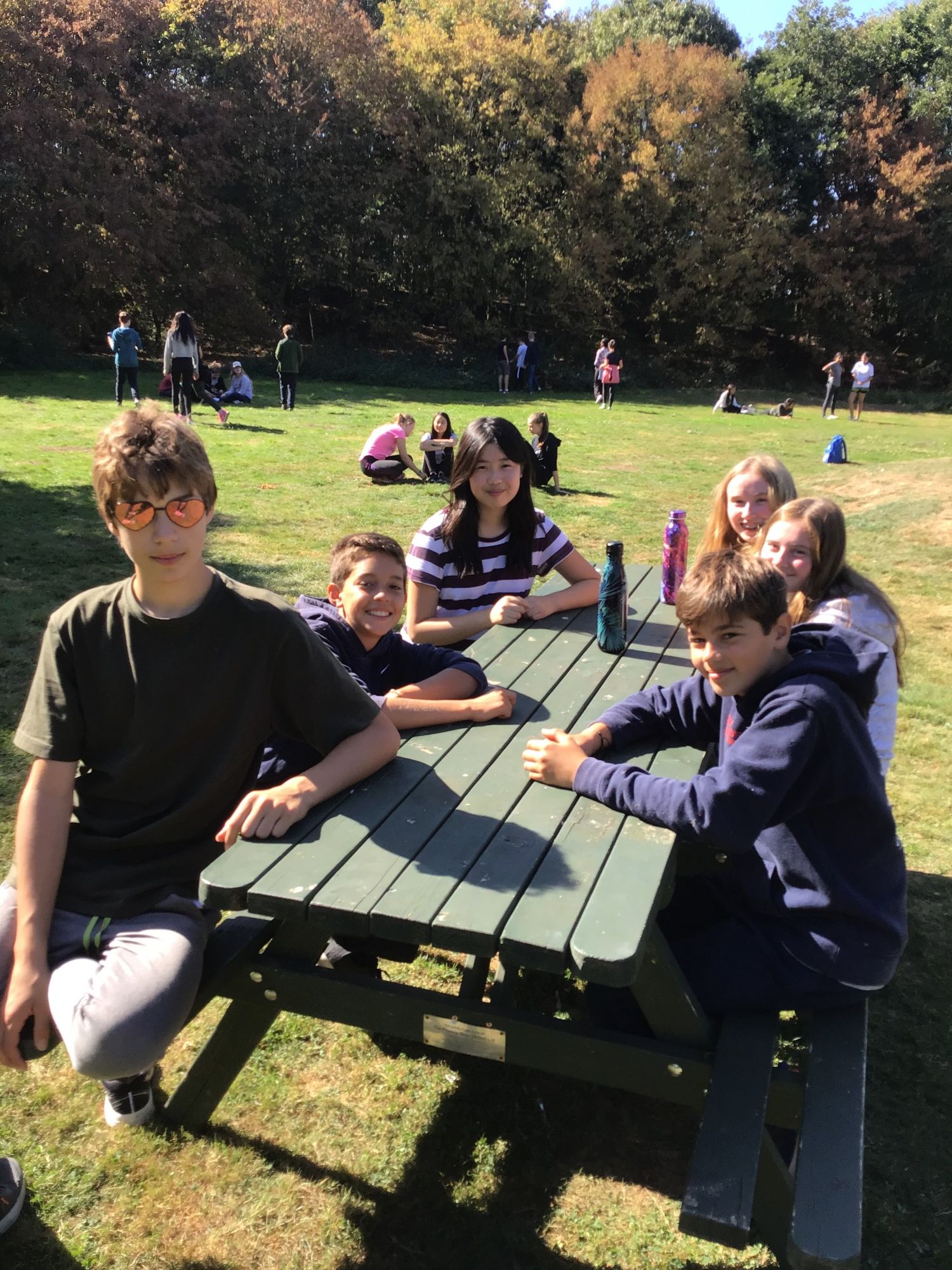 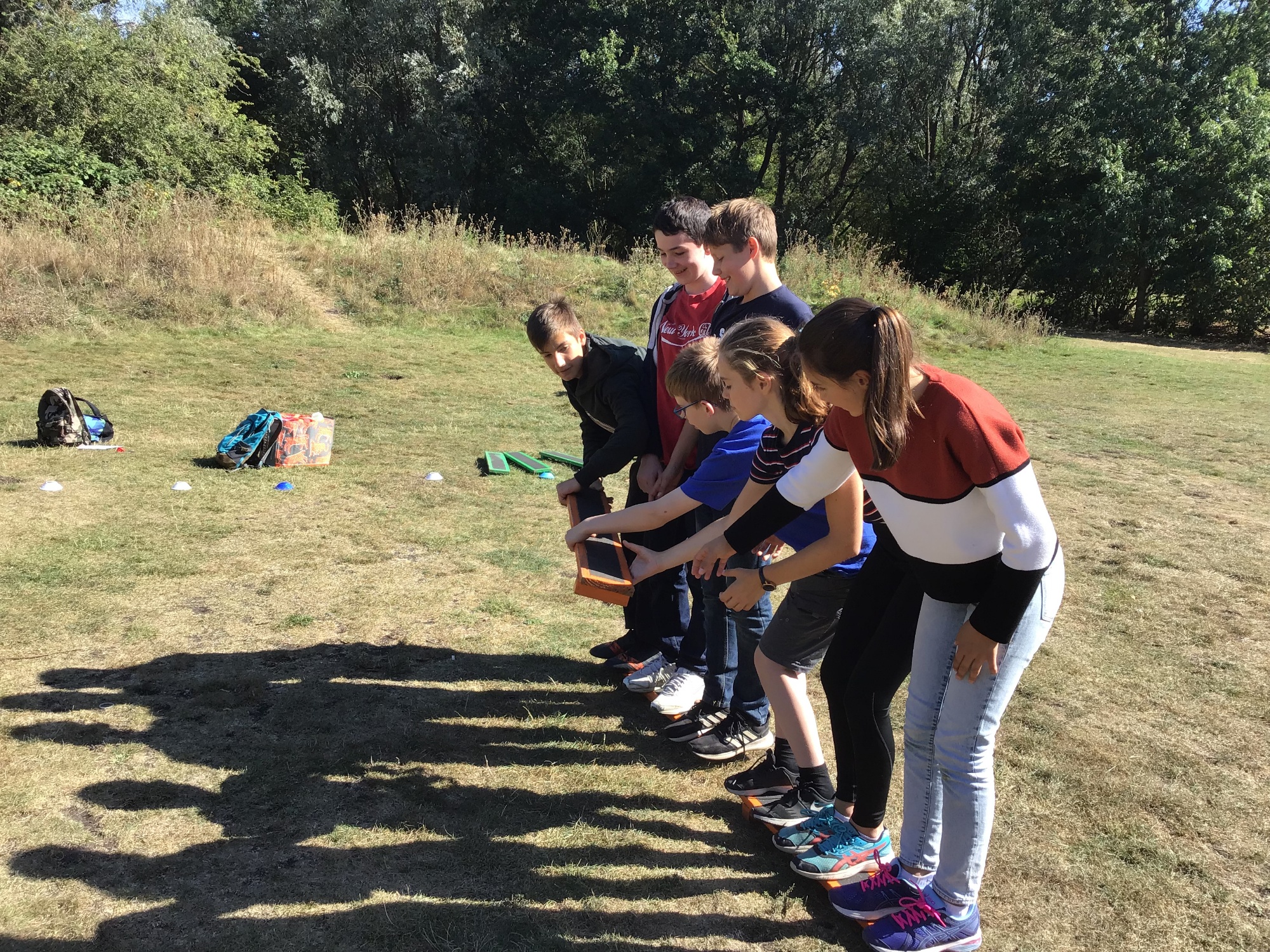 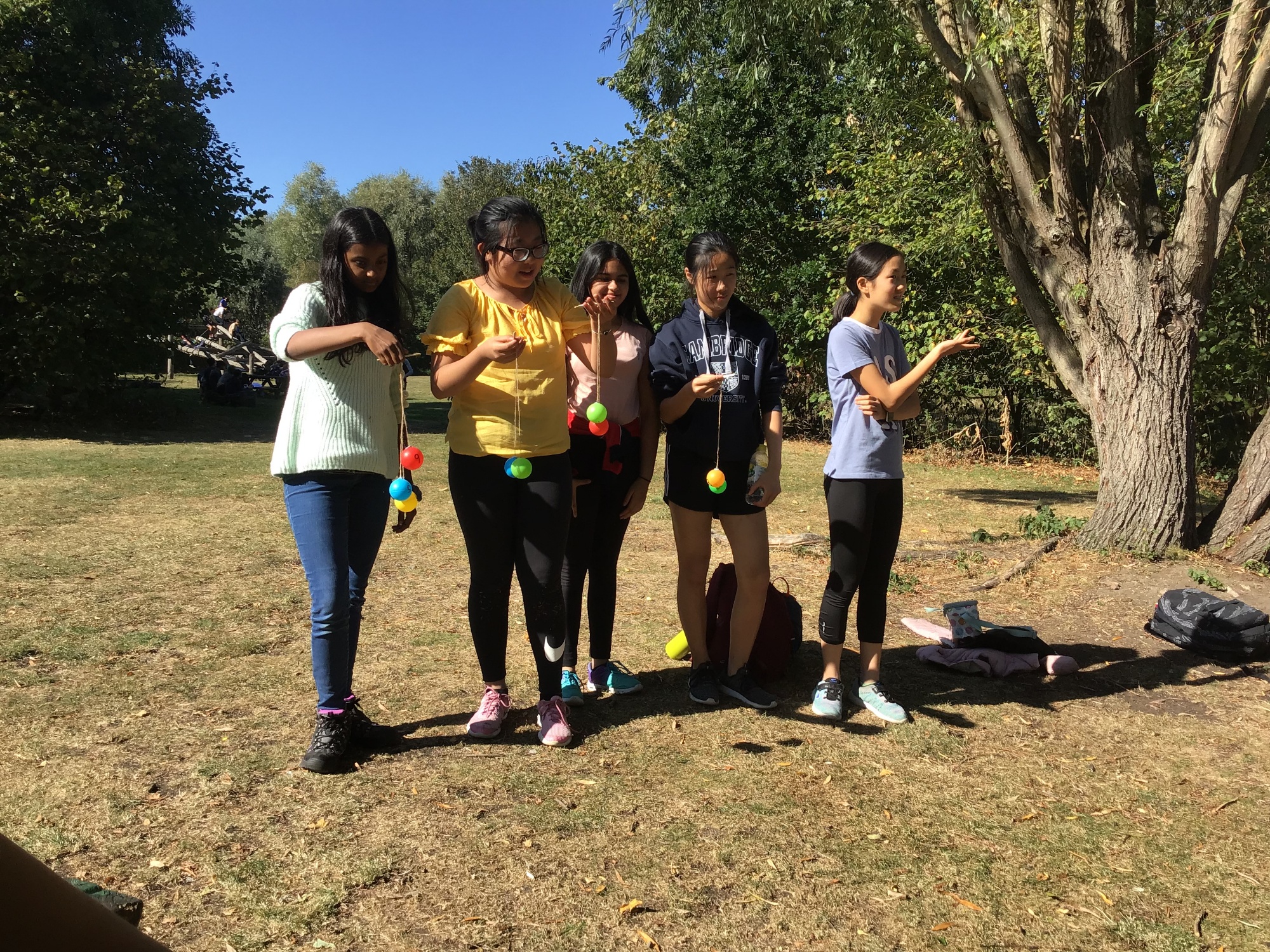