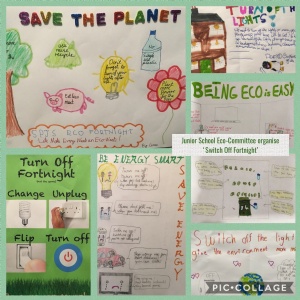 The first step was to identify where we could make improvements within our school. Using the Eco-Schools website, the Eco-Committee completed the Primary Environmental Review which enabled members to identify a number of areas which required attention. The first of these was Energy.

Members of the committee decided a very practical way to make improvements with our energy saving would be to take part in ‘Switch Off Fortnight’. Choosing two of the gloomiest weeks in February could have been quite a challenge. However, Junior School pupils were not put off and enthusiastically focused on ensuring that any light, screen or computer not in use was switched off. Despite the lack of light in many corridors and classrooms, the walls were decorated with brightly coloured posters created by our enthusiastic pupils reminding us of the purpose of the fortnight. The Eco Warriors took on even more of a challenge and kept a record of what was switched off/on so that we were able to evaluate the success of the project. The end of the fortnight could have been the end of the focus but our pupils felt that they had been able to make a real difference and so have continued throughout the year remembering to switch off any electrical device that is not being used. The legacy of this initiative is that we have all changed our habits and really try to make small differences, both in school and at home. 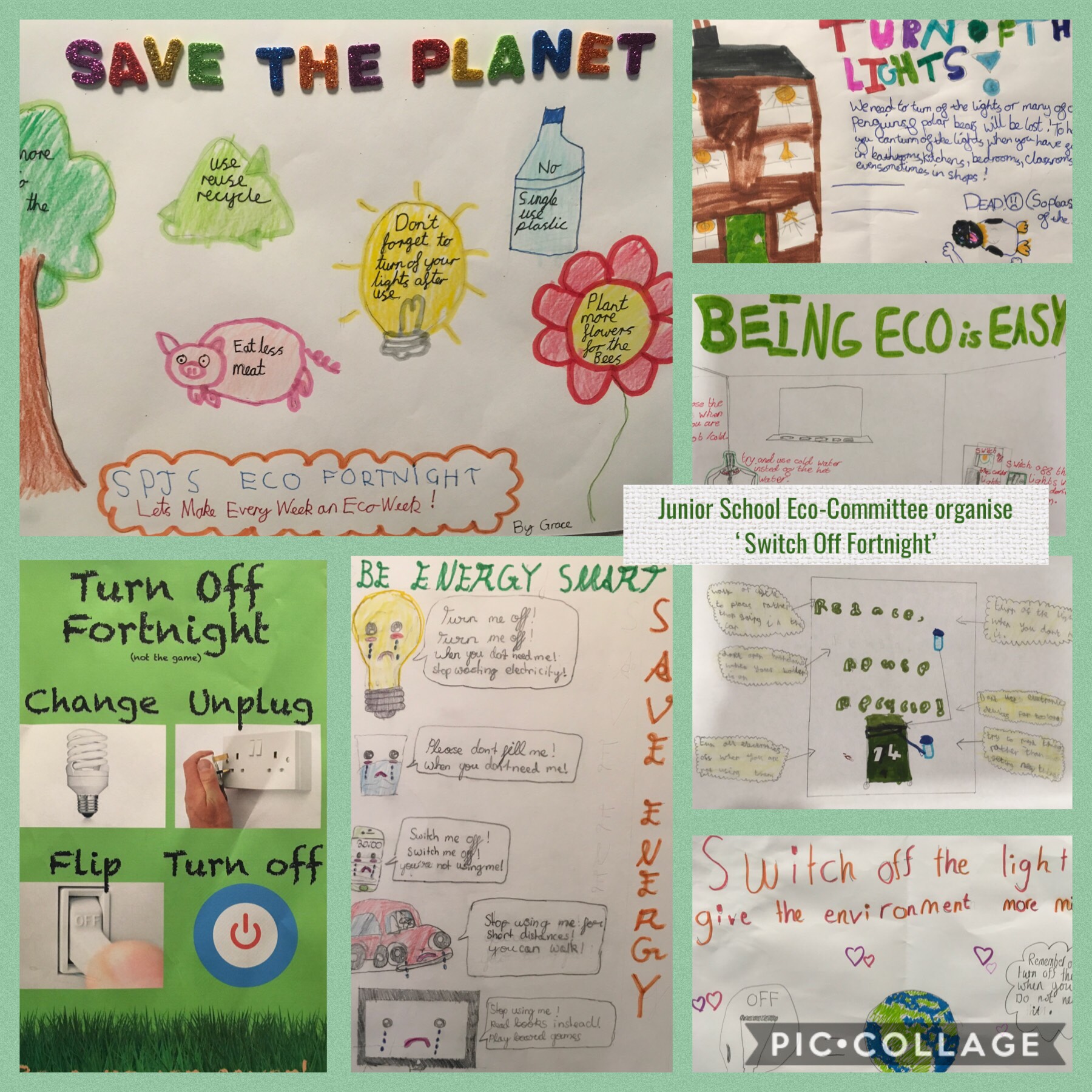 The next area of improvement identified from the Primary Environmental Review was biodiversity. Attending school in a city with limited outside space did not phase the committee when deciding what we could do to make improvements. As a first step, committee members planted bulbs to enhance our indoor environment in the early spring when the days are short and there is little growth outside. Once in bud and flower, the bulbs attracted a lot of attention in our main reception area from mid-January to shortly before Easter. This term committee members have turned their attention to the outdoor environment and it was suggested that we could grow some plants in the garden at the front of the Junior School. Sunflowers seemed a good option and to add more interest it was decided that growing the sunflowers could be a School House competition to see which one would grow the tallest. The Eco Warriors were more than happy to take responsibility for the regular watering and measuring of the plants. We will need to wait for a few weeks before declaring a winner. 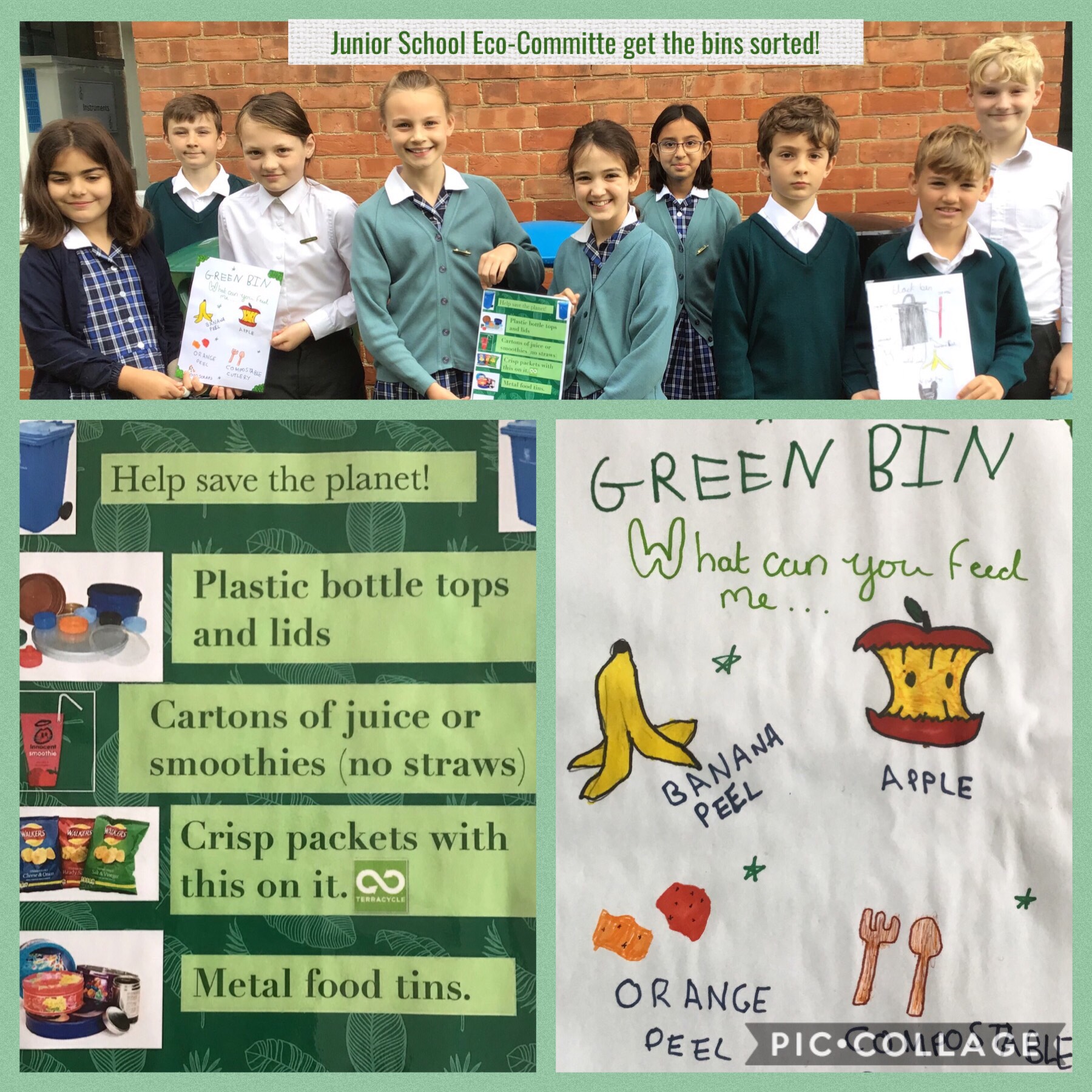 The final area for improvement was litter in the school playground. The committee members acknowledged that generally the playground is almost litter free but they had noticed many pupils were unsure which of the coloured bins they should use. Informing everyone with signs clearly showing what can be thrown into the green, blue and black bins, has empowered all pupils to dispose of their litter responsibly and in the most appropriate way.

Such hard work has seen many rewards. Both Eco-Committee members and Eco Warriors feel incredibly proud that their suggestions have resulted in whole school initiatives, and all pupils in the Junior School have seen what a difference they can each make as individuals and as a community. In addition, the Junior School has recently been awarded the Bronze Award from Eco-Schools. We very much look forward to finding more ways to engage and educate our pupils to make their environment as sustainable as possible. 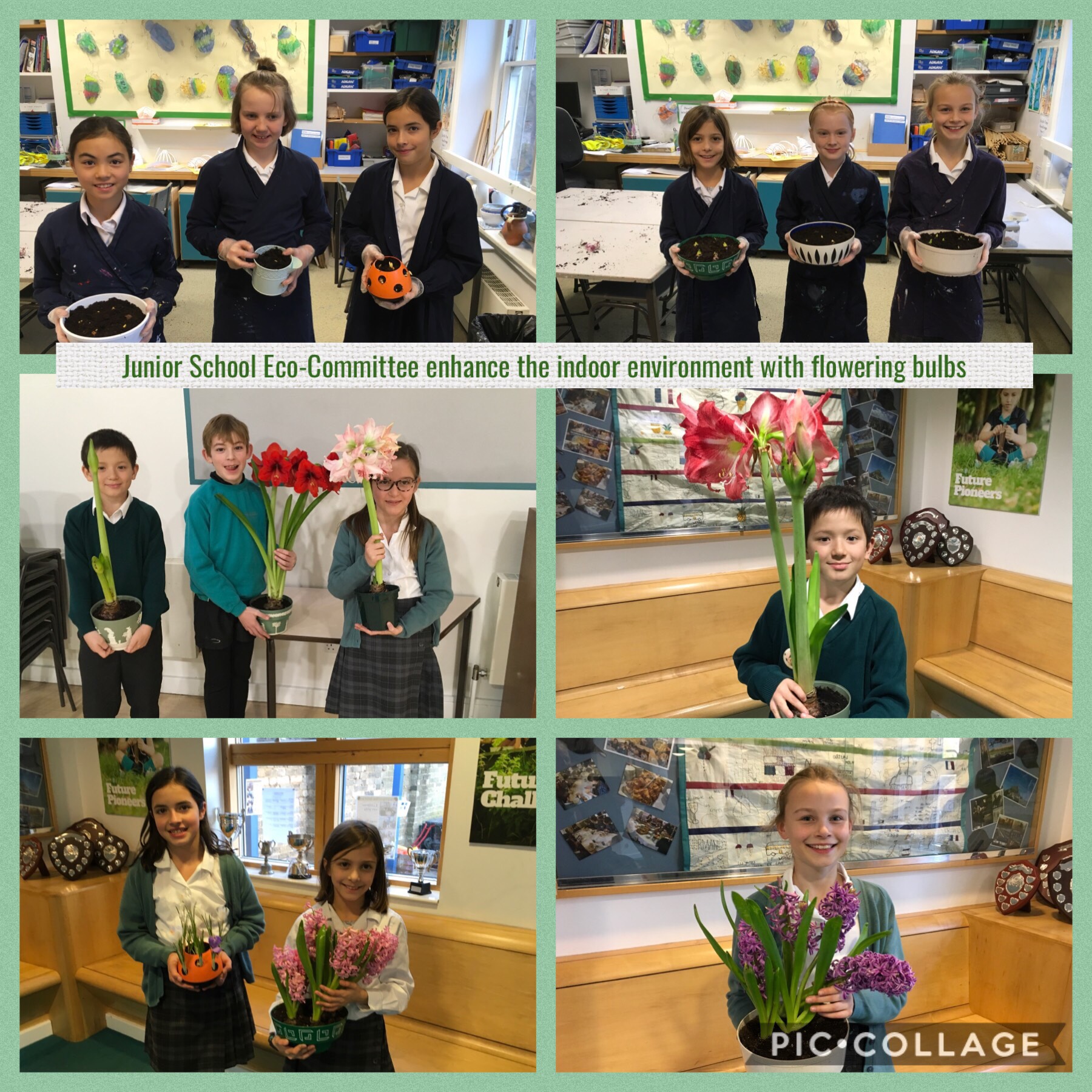 “I feel that as a community we have made a difference and everyone has adapted really well to the changes that we’ve made in school.” Sora

“I think it’s very helpful to have posters that tell you what goes in each bin.” Harbin

“I think the school is a lot more eco-friendly now.” Sascha

“It’s nice that the eco-warriors and eco-committee are getting people involved, like with the planting.” Swati

“I think the eco-committee is kind of saving the planet because it's getting people's ideas then spreading them.” Chelsy