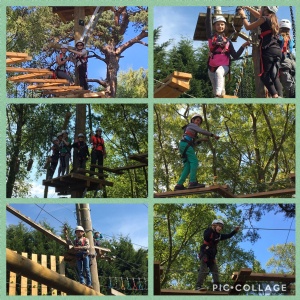 On 22 May, Year 5 pupils and accompanying staff set off for Sheringham and a three-day residential adventure at Hilltop Outdoor Centre.

We arrived promptly at 10am and were given a tour of the site, before finding our dorms in Woodland Lodge. After such an early start, we enjoyed an extended lunch break out in the sunshine. Once we had refuelled, we were ready for the real business of the day to begin. 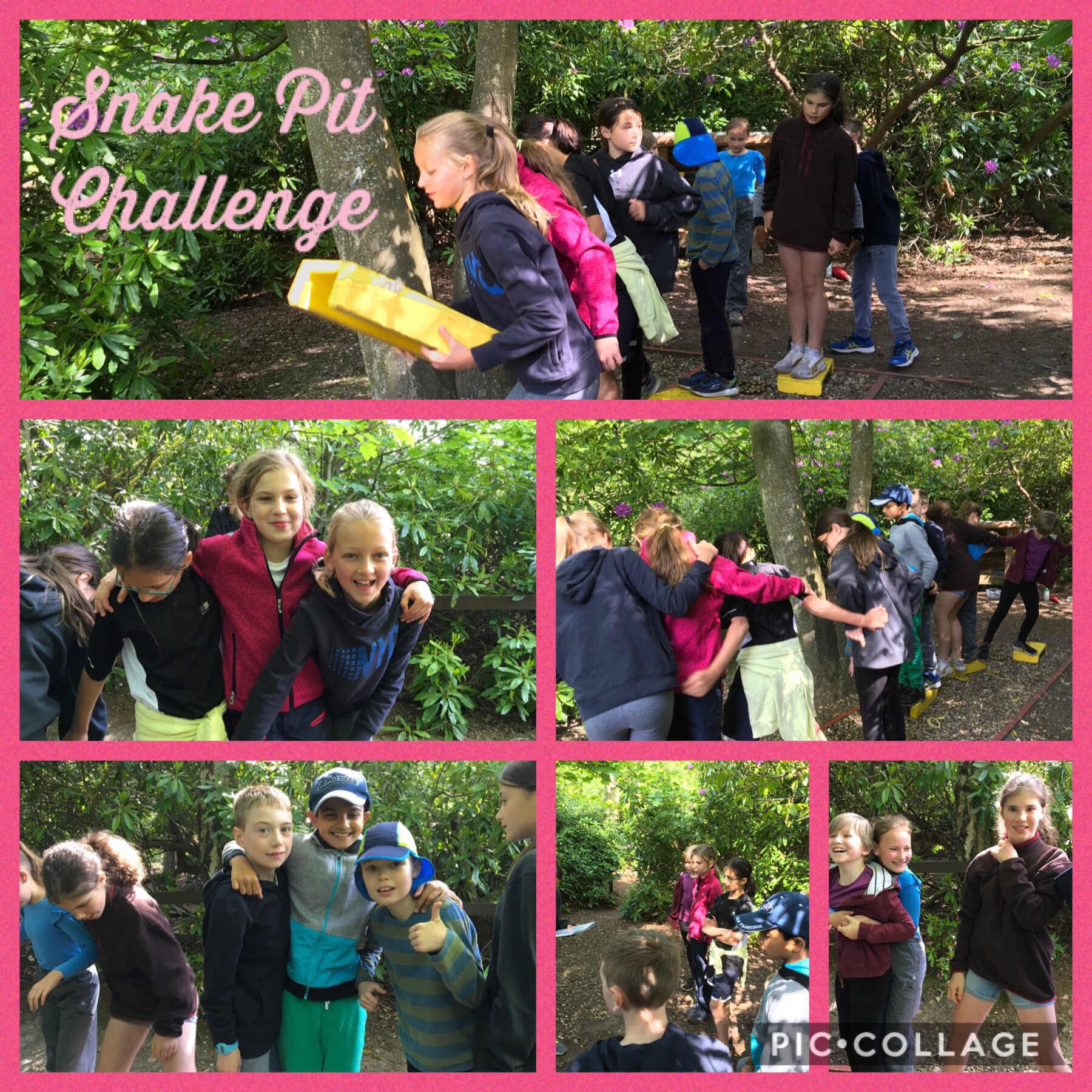 The 40 pupils were split into two activity groups. Over the course of our visit, members of these groups became each other’s’ friends, support network, champions and heroes, as we laughed, listened, collaborated, trembled, encouraged (and sometimes screamed) together! 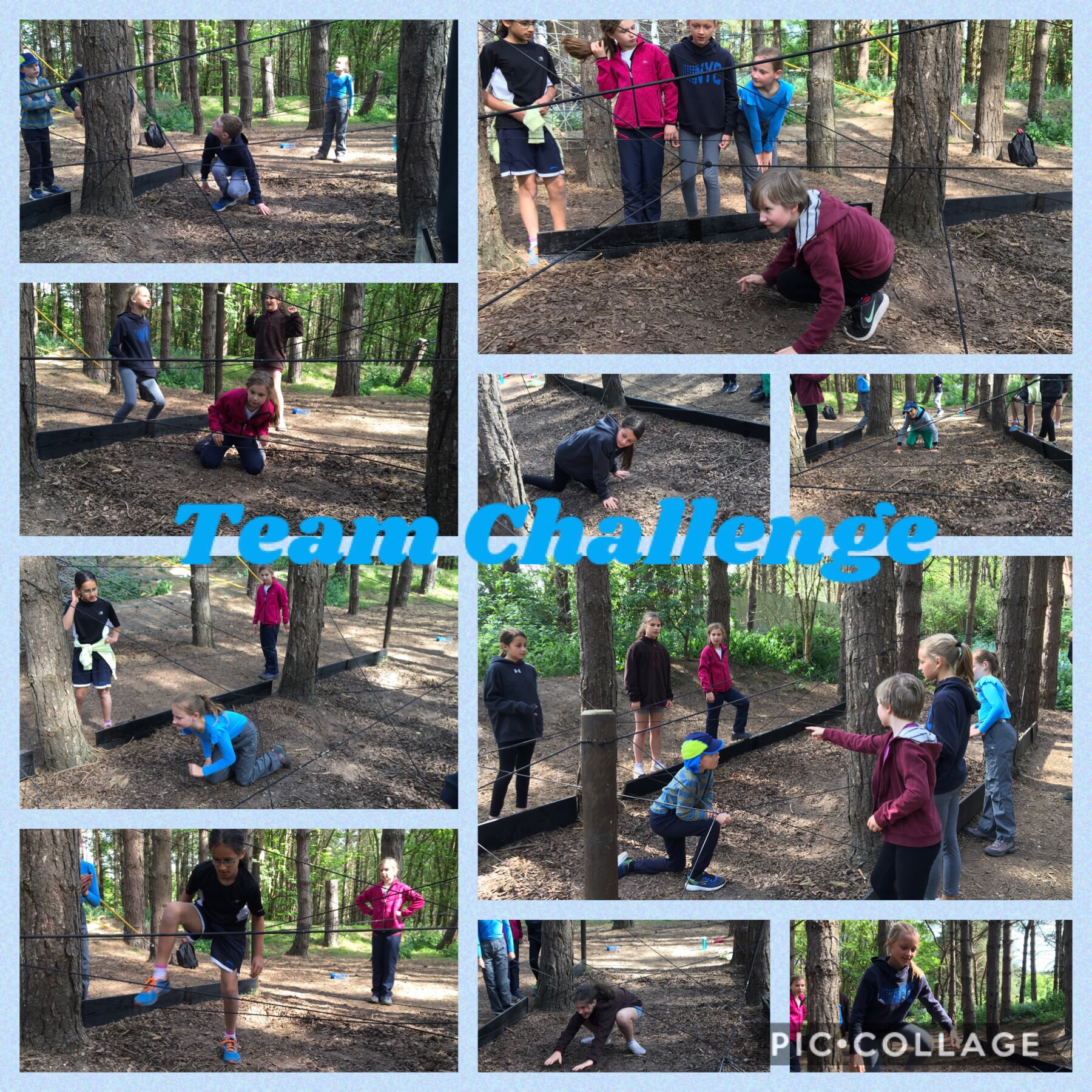 The assault and agility course tested our skills of organisation, communication and comradeship as we scrambled under nets, swung over pools of water, negotiated tunnels and helped each other every step of the way. The climbing wall offered eight levels of difficulty so many pupils took the Hilltop motto of ‘Challenge by Choice’ to heart: choosing to push the boundaries of their own comfort and exceed their expectations by climbing a little higher and a little higher still. Needless to say, other pupils had no such decisions to make and scampered to the highest point. 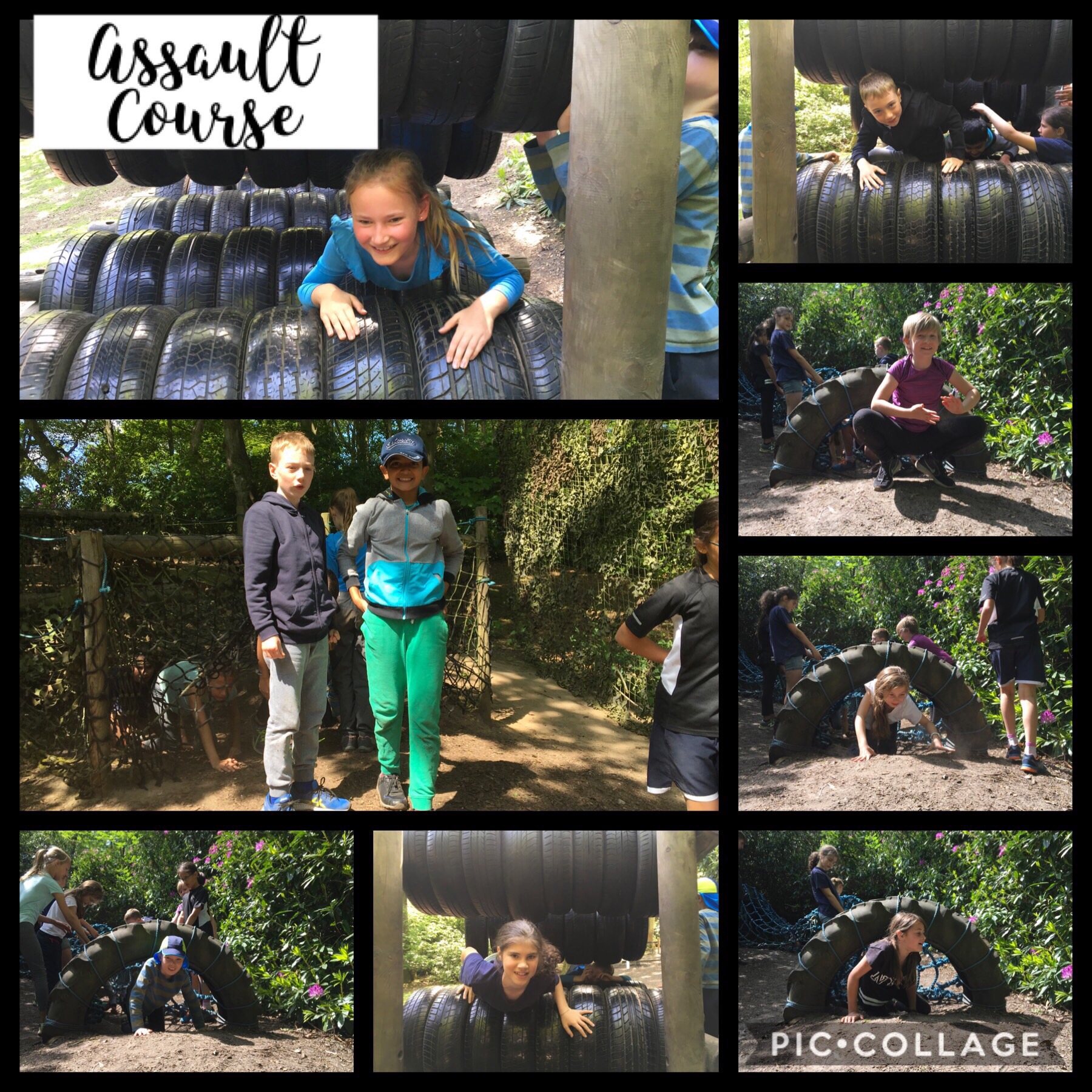 It was agreed that the Big Zipper is an activity best undertaken once breakfast or lunch had settled. The launch point is reached after a walk high up a hill and then a climb up to the top of the tower. From there, we were hooked on to the zip line and left to swing all the way down to the bottom. 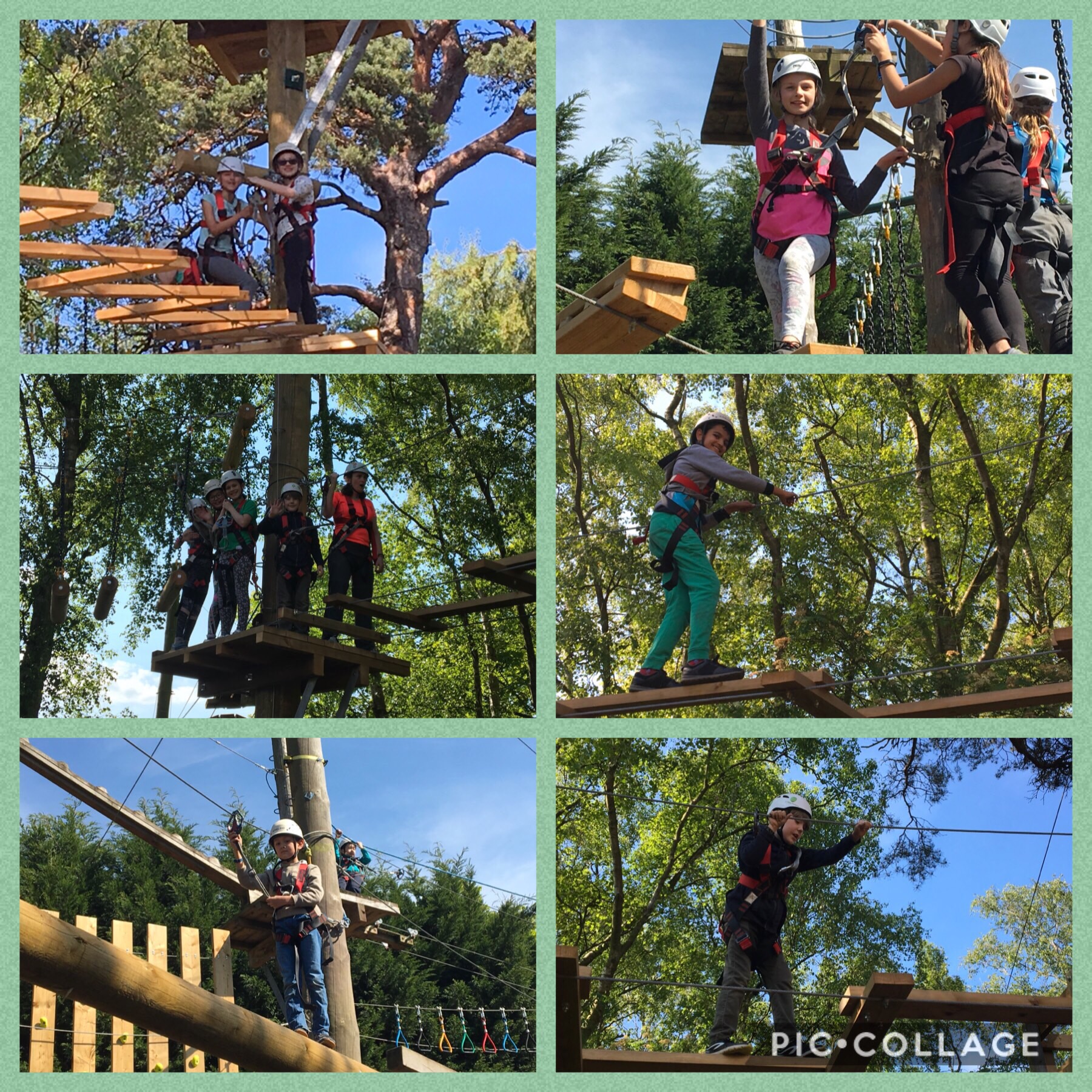 Topping the popularity stakes once again this year was Hilltop’s famous Tree Top Trail. Two levels of challenge allowed participants to select the height at which they completed the course and there was many a tightrope, tunnel and wobbly bridge to negotiate. However, neither of the choices was an easy option and both pupils and teachers alike experienced feelings ranging from exhilaration to abject terror. For the record, in what other situation would you encounter a skateboard on a tightrope at 8m above the ground? Thankfully we were all rigorously trained by the Hilltop staff in the correct use of our safety harnesses and smart clips. Aside from the safety equipment, the most important factor in completing the course was the encouragement, support, empathy and friendship shown by our pupils to one another. They cheered, clapped, comforted, helped and challenged each other (and their teachers). 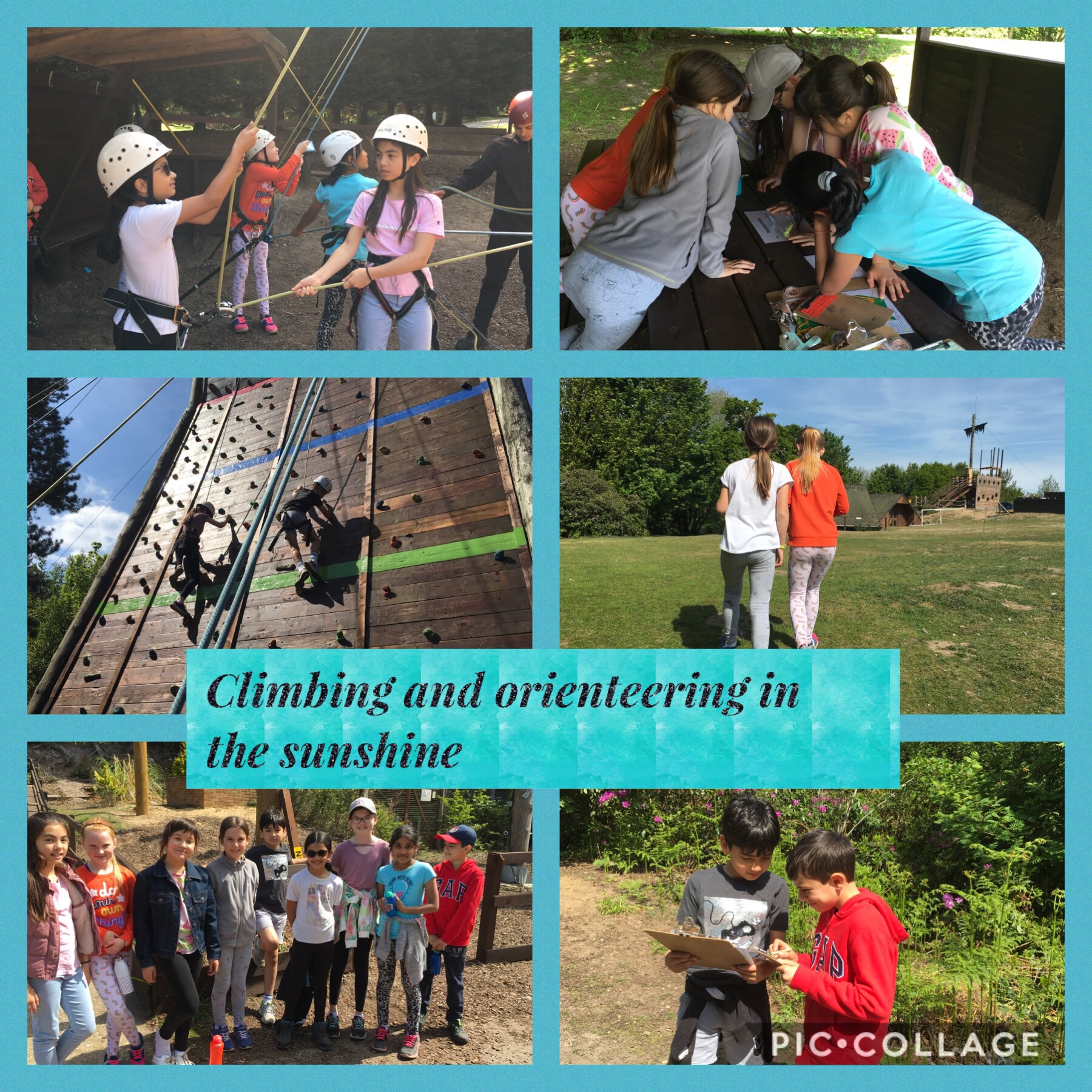 When asked what they had enjoyed most, our pupils responded with enthusiasm, naming all of the activities in turn. However, the sentiment was probably best summed up by the comment. ‘The best bit was getting off the coach at Hilltop’. In other words, from the moment we set foot on the Hilltop site, everything was great. We don’t really think you can improve on that. 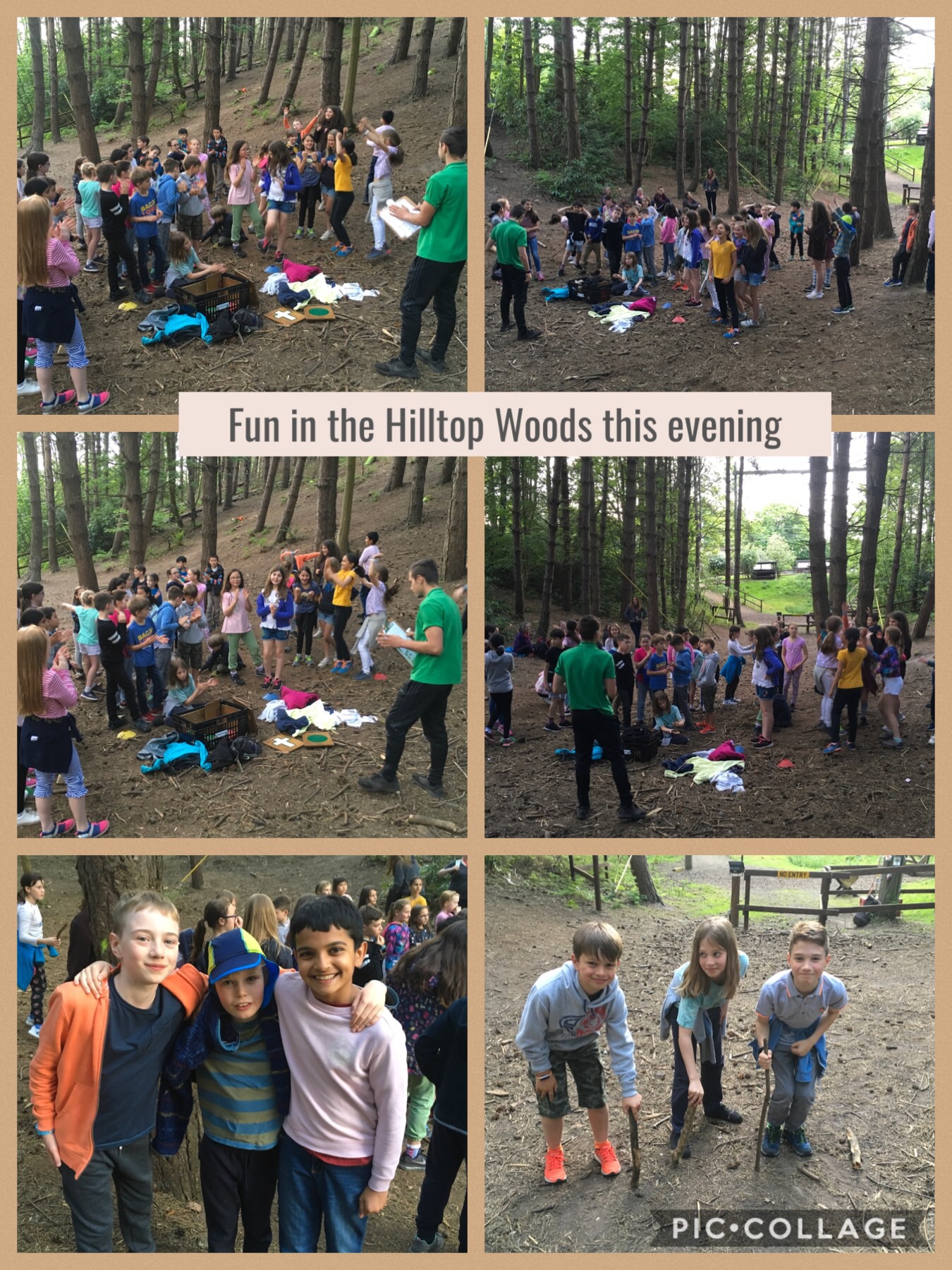 The staff agreed that we feel immensely proud of our Year 5 pupils. They have grown in maturity as well as stature. They have faced difficulties and resolved problems, achieved huge successes and celebrated together. We look forward to our last half term together before sending our pupils off for the summer holidays, soon ready to become Year 6s.