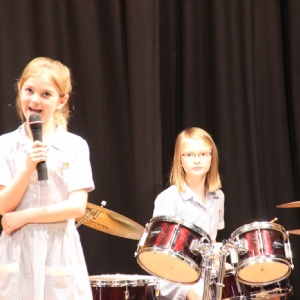 Young musicians took to the stage at Dame Bradbury’s last week to go head to head in a Battle of the Bands competition.

Five bands have been practicing throughout the year for a chance to show off their talents and win the competition.

Tension was high as the bands took to the stage and with judges in position, each band stepped up to the microphone.

The Six Strings, a Year 6 band, kicked off the concert with an Ed Sheeran song whilst 24 Days, made up of Year 5 girls were hot on their heels singing Jessie J’s ‘Price Tag’. 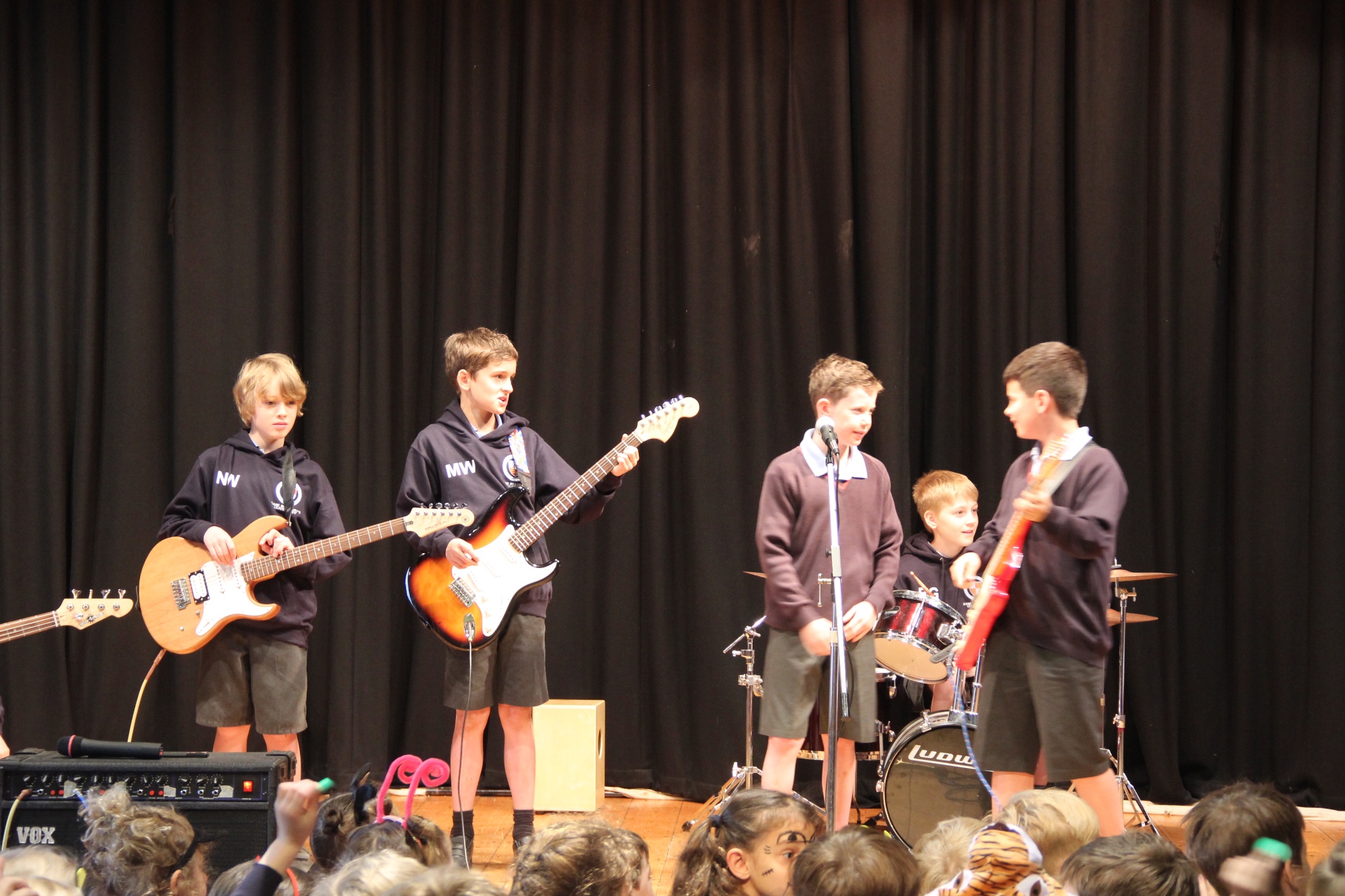 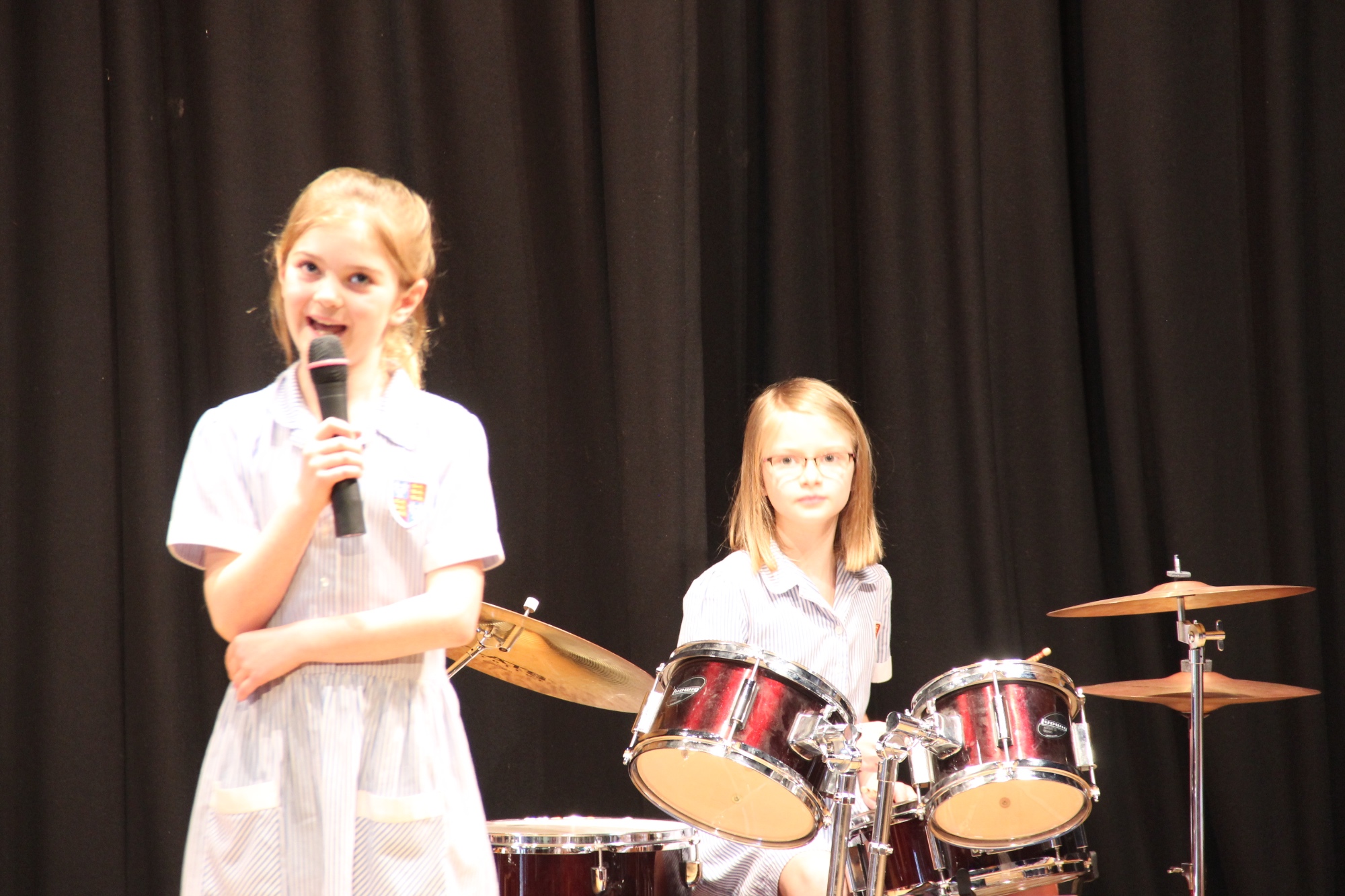 Daze, from Year 4, sang ‘Upside Down’ by Jack Johnson with energy and colour, with their fans cheering them on from the audience. The largest band was Rocking Paws, made up of Year 4 girls, who performed ‘Manic Monday’ by the Bangles. 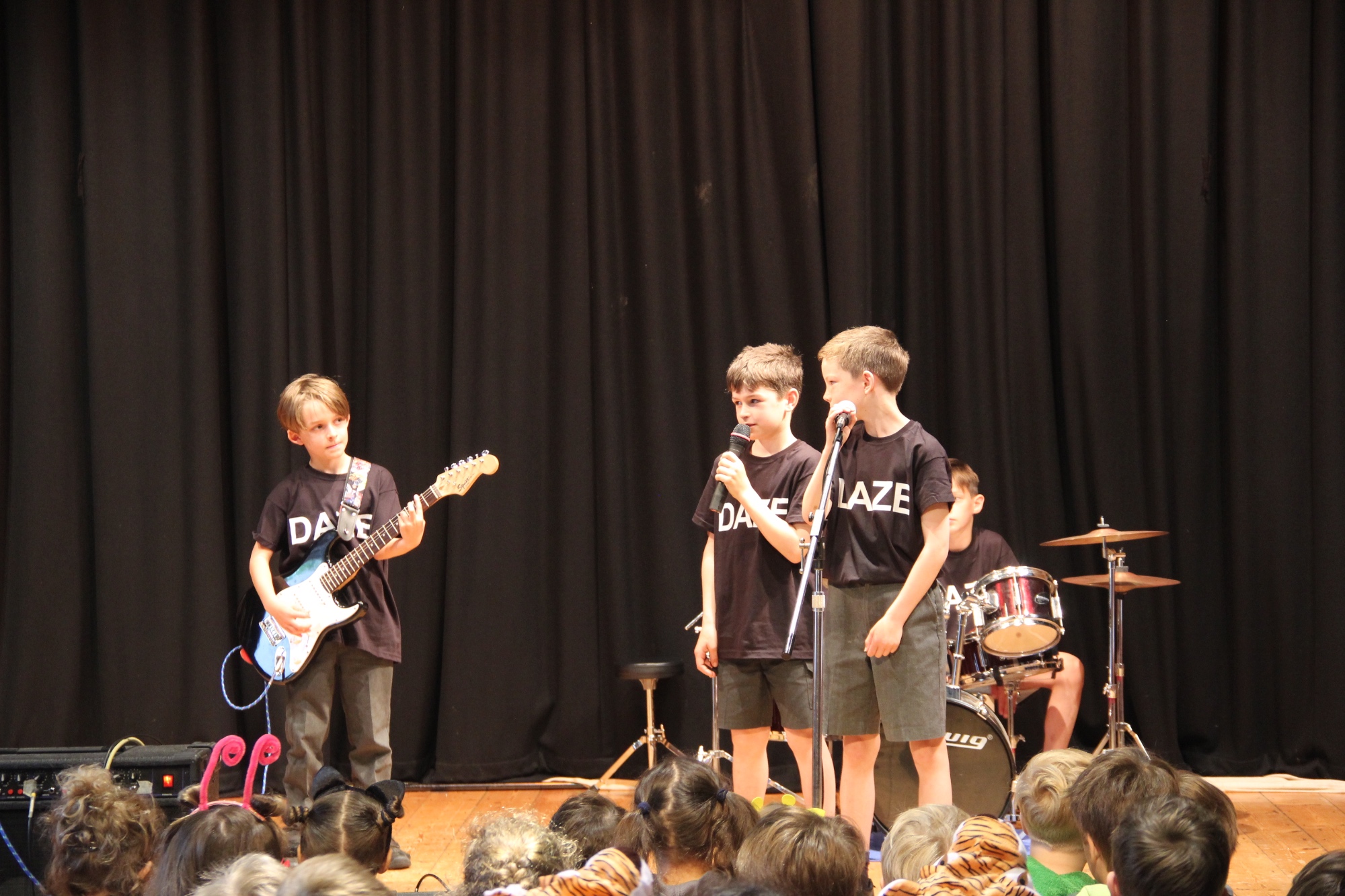 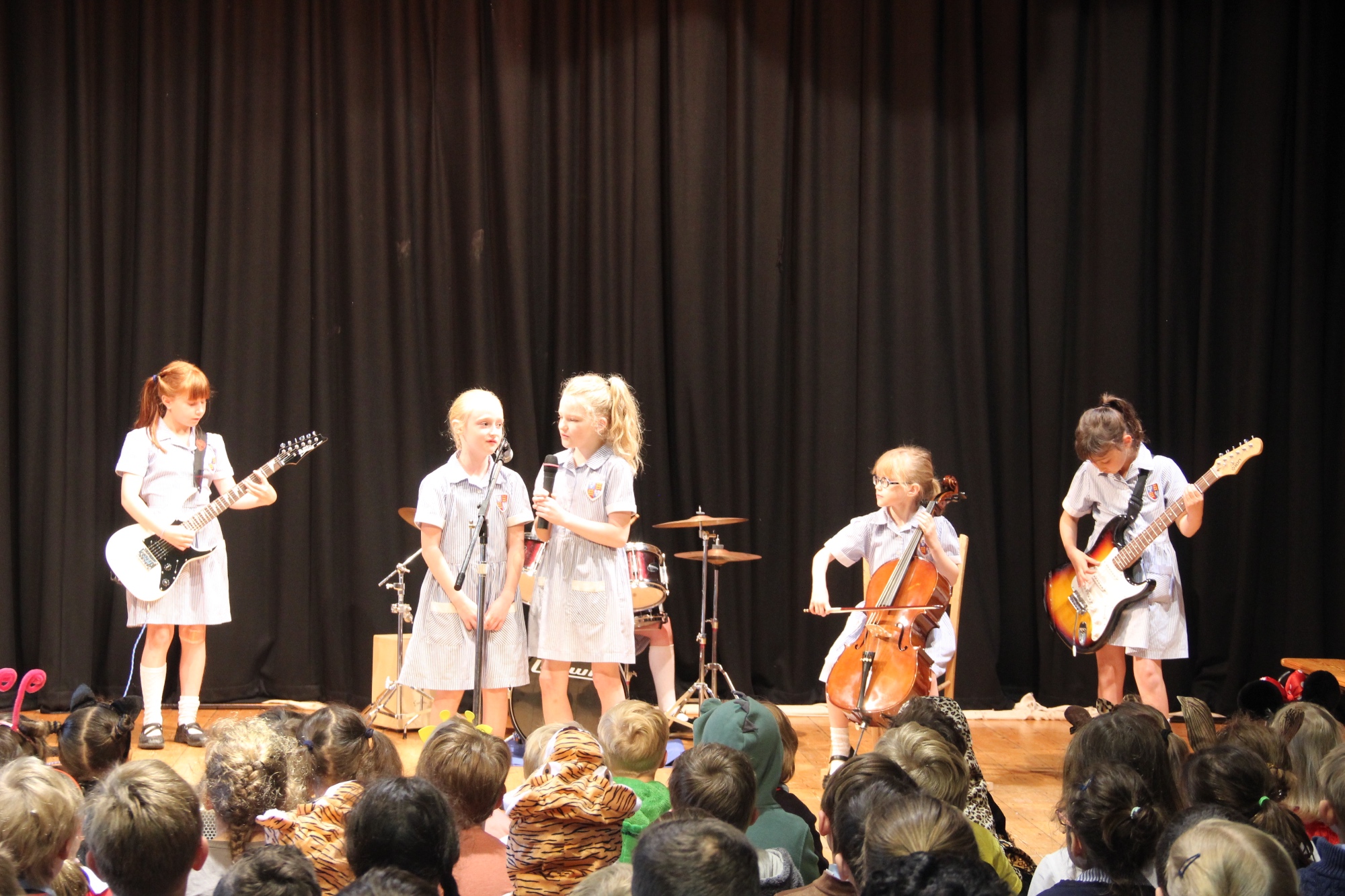 And to end the show was Jama, who wowed the audience with their moving rendition of ‘Yellow’ by Coldplay. 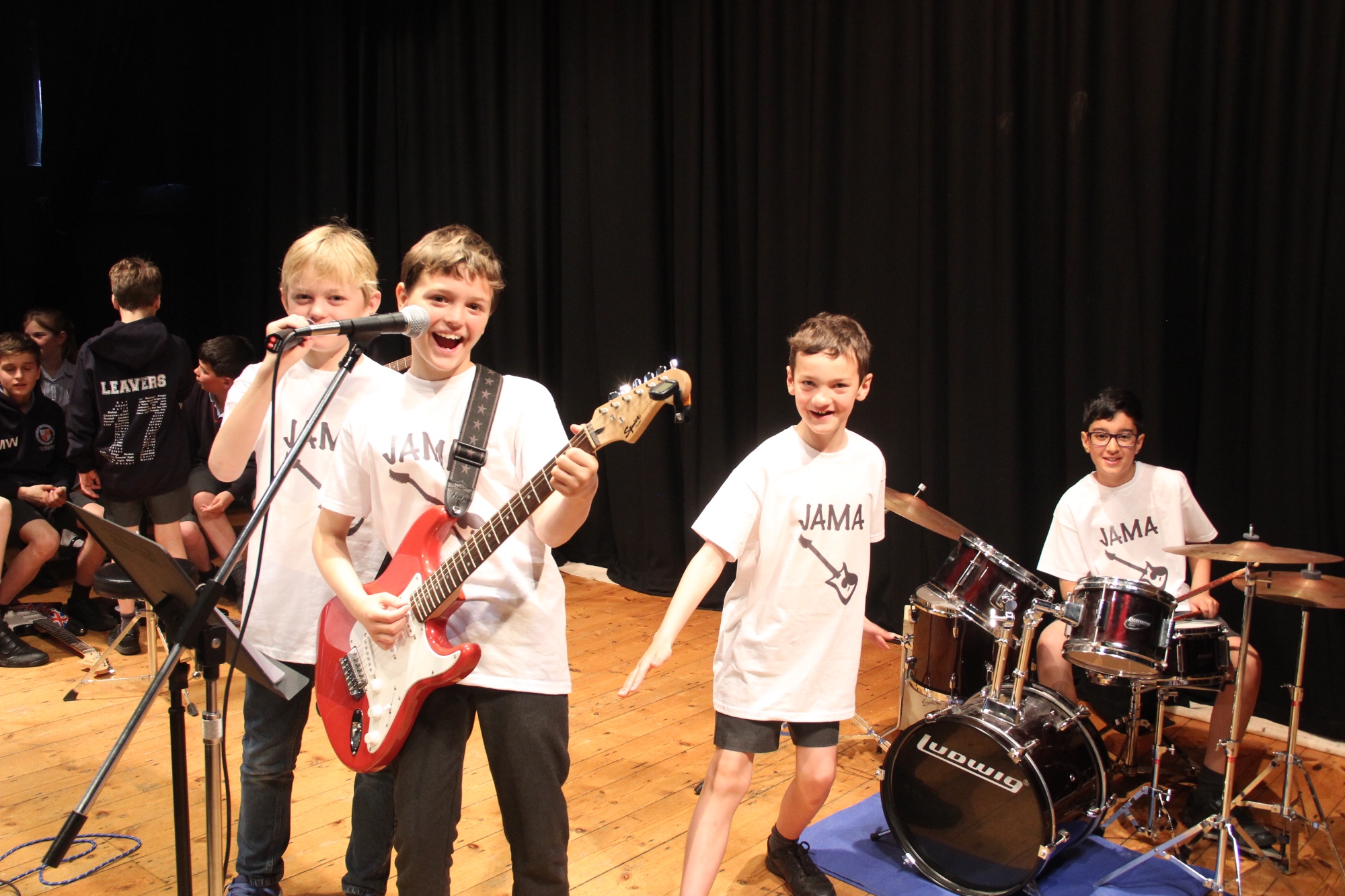 Pupils bought a token before the concert which gave them a vote for their favourite band, with all money going to charity as part of the Player Charity Day.

After much deliberating from the judges – Mr Kruppa and Mrs Cooper – The Six Strings were crowned the winners of their vote, and Rocking Paws won the popular vote.

Congratulations to all who took part!