The Elements by Hanna 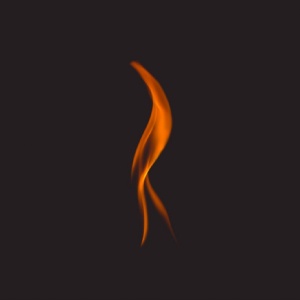 The Elements by Hanna

In the middle of a field, a woman, her face covered by a mask, through the drizzling rain, holding a big bag-almost too big. In the bag, lay four children: a one year old boy, a three year old girl, a five year old boy and a seven year old boy. As you can imagine, it was very uncomfortable in the bag, but luckily, The children were all asleep. Suddenly, the ground rumbled tremendously. The lady looked up in the sky and gasped in horror. A colossal, holographic meteor was plummeting down from the sky. She ran as fast as she could, only to realise that her bag had slipped off. The bag lay there as the meteorite hit the bag at the center. The impact killed the woman.

But that didn’t happen to the children. Instead, the four levitated out of the meteorite, a different element surrounding them. For the oldest, flickering flames covered him, a strong heat that burned the grass below. With the second oldest, a boy the age of 5, soil and plants orbited him, luscious flowers growing below. On the girl, an ocean blue surrounded her, gushing sounds of the sea that could be heard, waves of blue hair whipping across her face.

With the youngest boy, there was a static electric blue that zapped every so often. The rain suddenly stopped and sunlight appeared. The small boy absorbed it, his hair going static and his eyes glowing like bright lights. A middle aged man, with the name of Dr Oser, had happened to see them. The. children stopped floating and piled on top of each other, falling into a deep sleep. The scientist scooped them up, and looked pityingly at the dead woman lying on the grass, motionless. He climbed into his transformer. It’s doors turned into airplane wings, as the machine shot into the sky. These were no ordinary children.

‘Put your hands up!’ Shouted a trio of men. Germit, the bulkiest, strongest and the leader, said in a gruff voice ,”Open the vaults.”

Immediately, the other two men, one short and twitchy whilst the other, lean and tall, set off to work. These were clearly the infamous rat gang.

As they started to fill their bags with money, a huge crash was heard. The robbers looked up, only to find that it was a flying little boy.

‘Fear not everyone, I will save the day!’

The men looked at each other, then laughed hysterically. ‘Looks like the black sheep of the family is here,’ said Germit, grinning malevolently. They tied the poor boy to a chair with ease,

and carried on emptying the vaults.

After what seemed like an hour, three figures burst into the bank, sending shards of glass everywhere.

‘Well well well,’ sneered Germit. ‘It seems like the siblings have come to save baby brother.’

At this, the boy went as bright as beetroot, staring at his feet uncomfortably. There was a girl, with neon blue hair, a boy with earthy brown hair, and a boy, with flaming red hair.

‘Oh Germit, you try too hard,’ said Nate, the oldest of the elements, and with a casual flick of his hand, sent a ball of fire at the criminals.

With the robbers howling from the burns, news reporters rushed up towards the three siblings, leaving the fourth, still stuck to his chair. The little boy, with the name of Leo, felt as if shadows enveloped him, his siblings taking everything from him.

Whilst in their super transformer, Damon, the second oldest, turned to Leo, a fierce look in his eyes.

‘You should have left this to use!’ Sighed Damon.

‘Leo, You should have known better, you're still a superhero in progress, but I’m sure you can save the world one day when you’re older,’ said Kai ( the only girl in the group) with a bittersweet smile.

Nate, who had just turned 17, didn’t say anything, partly because he was concentrating on driving the transformer- but the tension told something. Leo hung his head in shame, trying as hard as he could not to cry. ‘I-I’m sorry,’ mumbled Leo, not daring to look up.

As they arrived home, Dr Oser, their foster parent, waited at the doorstep. While Kai, Nate and Damon explained what happened, Leo stormed up to his room and burst into tears. After a few minutes, Dr Oser sat on Leo’s bed and looked at himself sadly. ‘I’m sorry to say this but…. you're grounded. At this, Leo felt very upset and stomped in sadness. ‘Why can’t I help save the world like Kai, Damon and Nate!’ Leo cried.

‘C’mon Leo, we’ve had this conversation over fifty times- you're a superhero in progress.’ Dr Oser Sighed.

‘Fine…’ he mumbled. As they walked down, Kai rushed up to find them.

‘Dad, the snake queen is about to attack Big Ben!’ said Kai.

‘Nate can take the transformer, I have to go to a meeting. Get it done with so the press doesn’t make a big fuss.’ He said.

Leo’s face lit in excitement as they rushed off to get ready. Completely forgetting the chat he had with his father,Leo exclaimed ‘ can I come! You may need me!’

Then Nate suddenly raged out.

‘Is this the right house?’ whispered a hooded figure.

‘I think so,’ said another hooded figure.

They knocked on the door of Dr Oser’s house, hoping that it was the right house. There wasn’t a reply. Slowly, they opened the door and found a boy sobbing quietly in the corner of the room. Leo immediately noticed them and tried to stifle his crying.

‘Who are you?’ He questioned. They took off their hoods in unison- they were twins. The boy had scruffy, brown hair- the girl having neat, tied up hair with freckles scattered on her cheek.

‘I am Alice and this is my brother Robin,’ she said, her brother giving a huge yawn. ‘We are school students and would like to give you an interview as lots of us are inspired by you!’ Alice said happily. Leo felt over the moon about this, it was his first interview!

So we have a few questions to ask you, said Robin.

‘Do you consider yourself as a proper superhero?’asked Alice; it was the last question on their list.’ I..’ Leo started. But as the question started to sink in, Leo suddenly realised, was he really a superhero? ‘No..’ Leo said in a small voice. ‘Why is that?’ Robin said in a sympathetic voice.

‘Well, I’m not powerful or strong and I’m still learning,’ he sighed.

‘You don’t need to be strong or powerful to be a hero!’ Exclaimed Alice.

‘You need courage.’ Suddenly, the TV switched on- Dr Oser changed it so that whenever there was breaking news, it automatically switched on. ‘Breaking News, the Elements have been captured by the evil Snake Queen!’ the presenter said. Then the screen showed footage of his siblings tied to a pole, the Queen laughing Maliciously. Leo felt as if something had just cracked his heart. ‘Come on Leo, this is your time, you need to get out there!’ Shouted Robin, punching the air.

‘Yeah you can do it!’ Piped Alice.

Leo hesitated at first, but eventually said,’Il go!’ And with that, zoomed off to Big Ben.

When his siblings saw Leo crash land on the roof, they were shocked with horror. ‘Leo what are you doing!’ wailed Kai.

‘You need to get dad!’ Pleaded Damon

‘Your not strong enough!’ Shouted Nate.

Leo shook his head, thinking about what the twins had said. Mustering the loudest voice he could, Leo shouted ‘ IT DOESN’T TAKE STRENGTH TO SAVE THE WORLD, IT TAKES COURAGE!’

The Snake Queen just shrieked with laughter, a sly smile spreading across her face.

‘Kiddo, there’s a line between bravery and stupidity, and I’m afraid you just crossed it-‘

‘And there’s a big line between beauty and ugliness and I’m afraid you crossed that quite a while ago,’ said Leo, grinning from ear to ear. Offended by the insult, the Snake Queen kicked the little bout down the 96m drop of Big Ben. ‘NOOOOOOO!’ screamed Kai, sobbing.

‘HE WAS JUST A BOY, HOW COULD YOU,’ Roared Damon.

Nate was speechless, but there were dark flames in his eyes, heat radiating off his body stronger than ever.

‘Lovely jubbly, now let's just finish taking over the world shall we?’ said the Snake Queen in a sickly sweet voice. But before she could use her snake ‘o meter- that would turn every human into snakes, all power sources in London went off. Every tree around the, was buzzing and emitting a strong glow. Leo launches into the air, electricity blasting off him; he was more powerful than ever. His hair floated with friction, eyes glowing with energy. Leo pushed a can over, that was filled to the brim with oil, and it smothered The Snake Queen and her fellow Snakians. The elements however, weren’t covered as they were tied above the ground, on a pole. He sent a huge ball of lightning at the oil,  sending the snakes gang flying! They lay motionless on the ground He untied the rope that was holding his siblings and they stood in shock. ‘We Need to get out of here, Big Ben will collapse any minute now!’ cried Leo. They obeyed his command, Damon making a bridge to run down. They reached the bottom safely as Big Ben crumbled in front of their very eyes. ‘Leo-’ started Kai.

‘I’m so sorry I ever doubted you!’ Cried Nate.

‘I forgive you all,’ smiled Leo, as they embraced into a group hug.

‘The Four Elements have saved the day, defeating the infamous Snake Queen once and for all!’ Cheered the news reporter. ‘Although Big Ben is in need of serious repair!’

The Elements smiled at each other. Nate looked pleased at his little brother, ruffling his hair. ‘You really are some superhero aren’t you?’